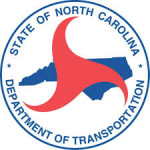 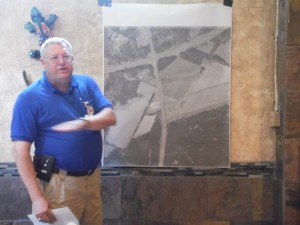 Bladen County has a lot of road construction going on in different areas. NCDOT, Whiteville Resident Engineer, Rusty Marsh mostly spoke with the Elizabethtown Rotary Club about the construction happening at the intersection of 87 and 701 in Elizabethtown.

The construction at the intersection started on March 3rd, 2015 with the prime contractor for the construction being, Barnhill Contracting Company.  The contract amount is $13,265,221.98.

The concept Marsh gave was US 701 will take a new alignment on the eastern side and go under NC 87 Bypass. New bridges will be built for each direction on NC 87 Bypass and down at Brown’s Creek. NC Highway 242 is relocated to the southern side of Sampson-Bladen Oil Company. The old piece of NC Highway 242 remains in place for access to Sampson-Bladen Oil Company and the State Employees Credit Union.

The project should be completed by September 15th, 2017 according to Marsh. The contractor has six additional months to obtain grass growing well over 80% of the project.

Other large Bladen County NCDOT projects he mentioned are: