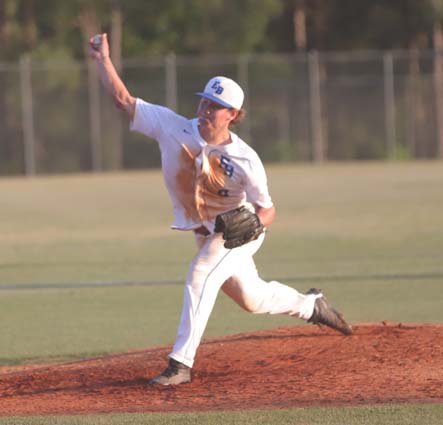 ELIZABETHTOWN – Spencer Scott and Lefrederick Wooten combined to pitch a five-hitter, and East Bladen’s offense pounded out 18 hits in a 12-2 victory over First Flight on Tuesday night in the opening round of the NCHSAA Class 2A baseball playoffs.

Scott, a senior, pitched into the sixth inning and allowed two runs – one earned – on five hits, while Wooten, a sophomore, relieved with two runners on base in the sixth and retired the next three batters. Scott and Wooten did not walk a batter, and both recorded one strikeout. 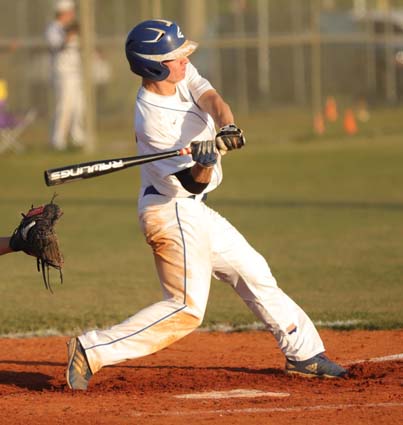 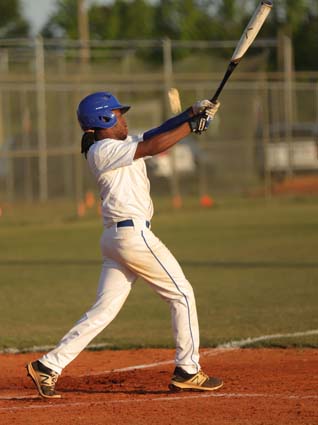 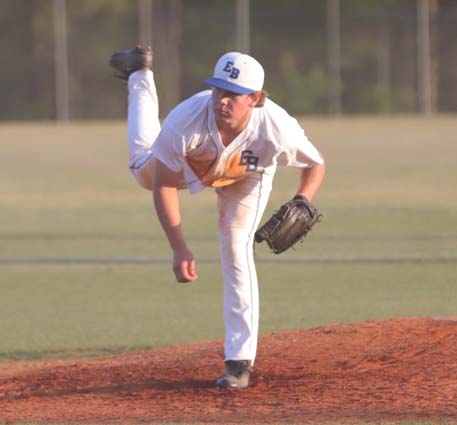 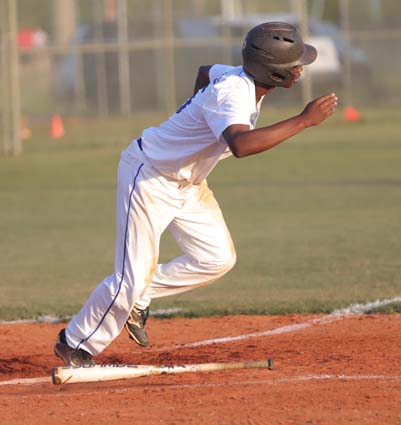 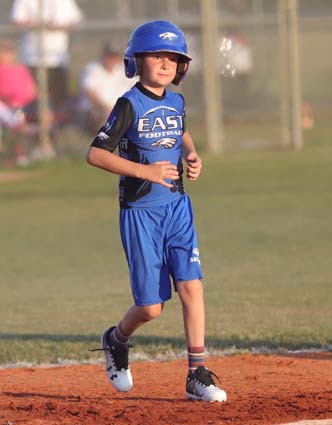 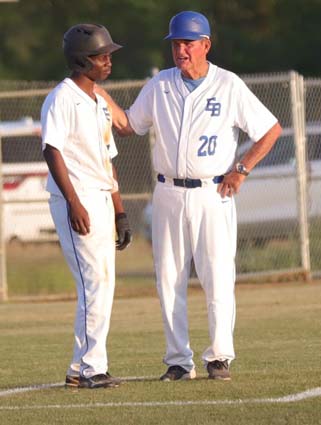 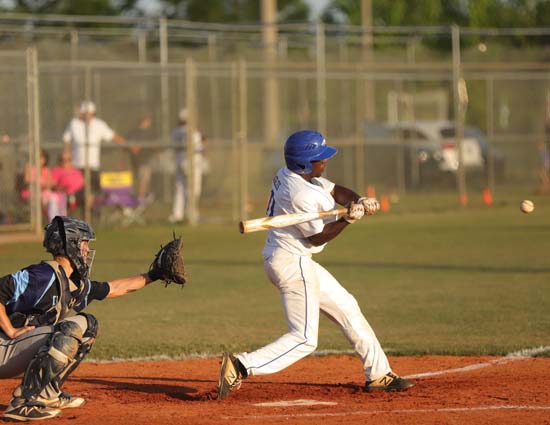 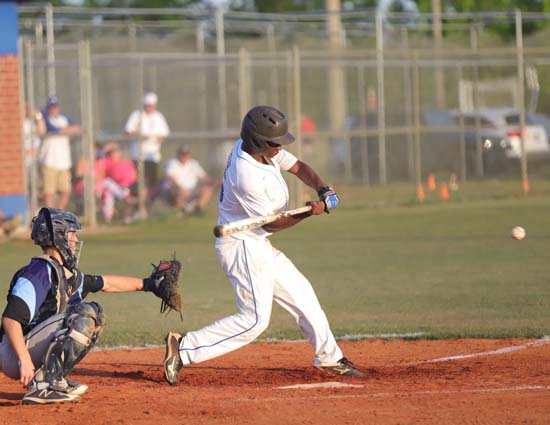 A couple of East Bladen errors put the First Flight leadoff batter on third base with no outs in the first inning, but Scott set down the next three batters.

Sophomore Brady Hollingsworth smacked a single to right-centerfield to start the Eagle second inning. Sophomore Zach Meares legged out an infield hit, and both runners moved up on senior Greyson Heustess’ sacrifice bunt. Scott ripped a single through the left side that scored Jay McKoy, the courtesy runner for Hollingsworth, and Meares.

The Nighthawks rallied in the fourth inning as Grayson Bell reached base on an error, and pitcher Mccoy Davenport cracked a single to center field. Austin Johnson whistled a single past third that scored Bell, and a second run scored on an errant throw.

Scott clubbed a single to center field to begin the Eagle sixth inning. Tatum hammered a double that one-hopped the right-center field fence, and Josh McKoy was walked intentionally. An errant throw to the plate on Barber’s fielder’s choice allowed freshman Raymond Autry, the pinch-runner for Scott, to score the game-ending run.

Heustess was also 2-for-3 with an RBI and a run scored. Hollingsworth batted 2-for-4 with the two-run double. Josh McKoy singled and Pone, Josh McKoy, Jay McKoy and Alsup scored one run each.

“We hit the ball pretty good tonight,” said East Bladen Coach Russell Priest. “The defense came through, and the pitchers did well.”

Davenport pitched the first three innings for the Nighthawks and gave up eight runs on 11 hits. Porter Braddy relieved and worked into the sixth. Brentan Rowe faced the final two batters.

Johnson batted 2-for-3 with an RBI to lead the First Flight hitters. Davenport, Dylan Blake and Greer Farr added one hit each.

East Bladen, now 17-6, will travel to top-seeded Midway in the second round. Midway defeated SouthWest Edgecombe 7-1 on Tuesday night.