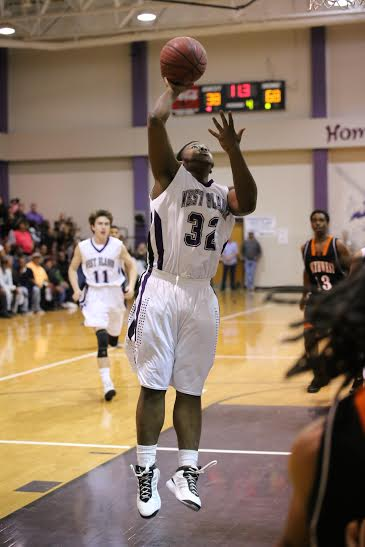 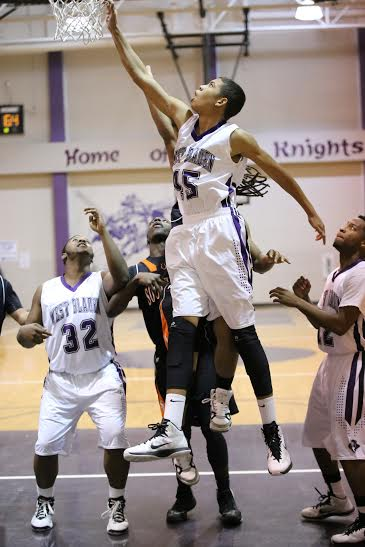 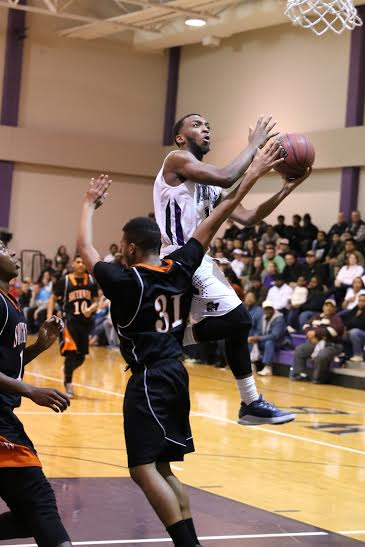 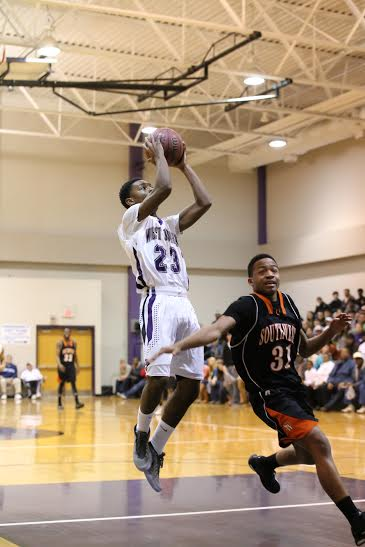 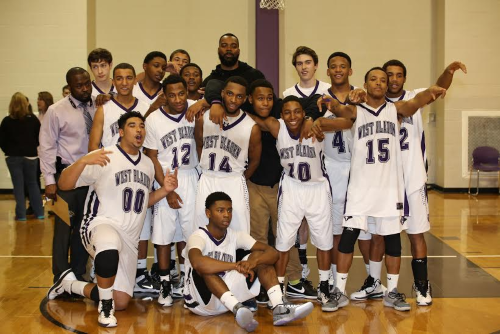 West Bladen’s defense shut-down Southwest Onslow Friday night and not even a pesky bat could stop the Knights from rolling to a 70-38 victory in the second round of the NCHSAA Class 2-A Play-offs.

Bats in the West Bladen gym had caused the Knights final regular season game to be moved to rival East Bladen, and no one was happy to see one flying around during player introductions.

Eleven seconds after tap-off, the officials stopped the game because the bat was flying low. Several spectators came out to help with caps and brooms, a perfect swing floored the bat, and he was promptly disposed of.

But the big story of the night was the West Bladen defensive effort that limited the Stallions to only 4 points in the first period and 38 in the game. “We did a good job defensively,” said Knight Coach Travis Pait. “That’s what we hang our hat on.”

Coach Pait had scouted the Stallions on Thursday night at East Duplin. “We gave them the scouting report this morning, walked through it in about 30 minutes and our guys had it,” continued Pait. “This team is so focused. I am so proud of them.”

Junior Stephon McDonald’s bounce pass to sophomore Sayaun Dent produced the game’s first basket. McDonald put back a rebound, then stole the ball and raced for a lay-up and a 6-0 West lead.

Senior guard Rahu Purdie sandwiched a trio of free throws around a rebound basket by Dent as the lead grew to 11-0.

Jay Pouncey banked in a 10-footer for the first Stallion points with 2:43 left in the first quarter.

Senior Malcolm Vaught nailed a 3-point shot for the Knights. Senior Justin Ruffin canned a free throw, and another McDonald assist led to a lay-up for junior Daquan Lennon and a 17-4 lead at the quarter break.

McDonald had 4 points, 3 rebounds, 2 assists and 3 steals in the opening period. “I thought Stephon played really well,” said Coach Pait. “Our game plan was to attack their two bigs (Pouncey and Jalen Hodge), and Stephon is very good at that.”

Purdie flipped in a driving 4-footer to begin the second quarter. Another McDonald assist set up a Dent lay-up, and Purdie stole the ball and sprinted for another lay-up. Vaught scored in transition for a 25-8 West lead.

After a Ladwuane Edwards 3-pointer snapped the West run, Dent assisted on a Vaught lay-up, sank 2 free throws and drilled a 3-point shot from the left wing.

McDonald’s transition lay-up pushed the lead to 34-13, before a Hodge follow and another Edwards 3-ball trimmed the margin to 34-18 at halftime.

Dent scored 11 of his 13 points in the first half. “Sayaun played well,” said Coach Pait. “He guarded their best player (Pouncey) and did a great job.”

After Deonte Taylor’s 3-pointer began the second half for Southwest Onslow, the Knights answered with an 18-0 blitz. Vaught and Purdie buried 3-point shots, McDonald put back a rebound, Purdie flew down the lane for a lay-up and a Vaught assist led to a Lennon lay-up.

Purdie drained another 3-point shot, and McDonald turned a steal into a lay-up and a 3-point play that stretched the lead to 52-21. West led 52-25 at the quarter break.

A 3-point bomb by Vaught and two free throws each from McDonald and Dent kept the Knight lead at 59-30. Purdie launched a 3-pointer from the right corner, then pulled up for a 14-footer and a 64-35 lead.

The Knight bench finished up as sophomore John Bowen scored on a tap-in and hit 2 foul shots. David Gittens dropped in a lay-up for the final margin.

Purdie pumped in 20 points to lead the Knight scoring, and McDonald, Vaught and Dent all scored 13 points and grabbed 5 rebounds each. McDonald had 5 steals, and Purdie had 4 rebounds and 3 steals.

Pouncey led the Stallions with 14 points.

“We played hard,” said Coach Pait. “The three guards played well. Everybody that came in played well. This is just a great group of kids.”

West Bladen, now 22-4 and the No. 4 seed in the Class 2-A East, will host a Sectional Final game Tuesday against either No. 5 seed Fairmont, Southwest Edgecombe, No. 12 seed Clinton or the Durham School of the Arts.