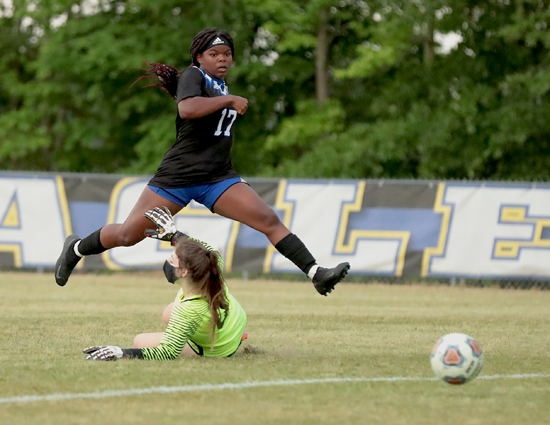 ELIZABETHTOWN – Junior Maya McDonald fired in a ‘Hat Trick’ of 3 goals to lead East Bladen’s Lady Eagles to a 4-2 victory over Durham School of the Arts Monday in the opening round of the NCHSAA Class 2A girls soccer playoffs.

Coach Jay Raynor’s Lady Eagles remain unbeaten at 13-0 and advance to Wednesday’s 2nd round where they will host Three Rivers Conference foe South Columbus. The Lady Stallions defeated Farmville Central in their 1st round game. 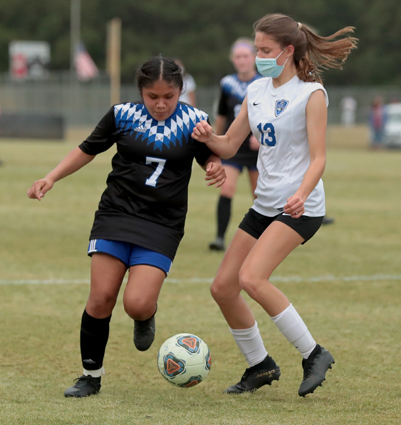 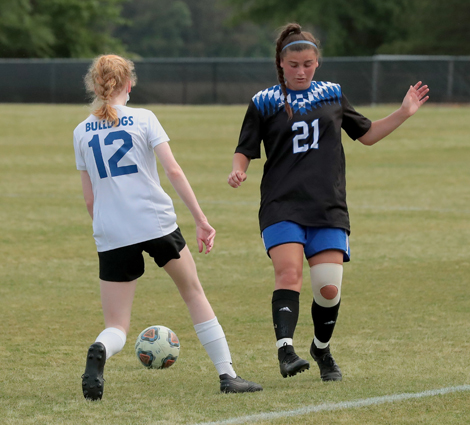 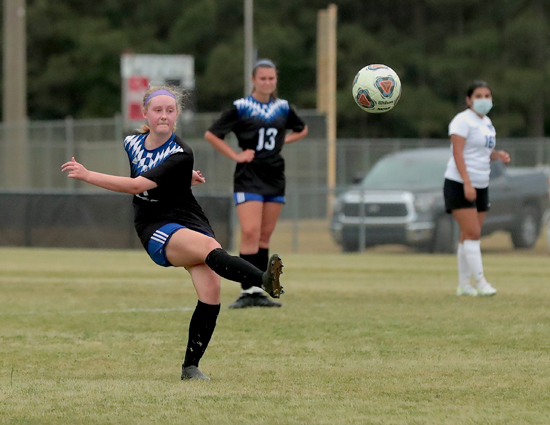 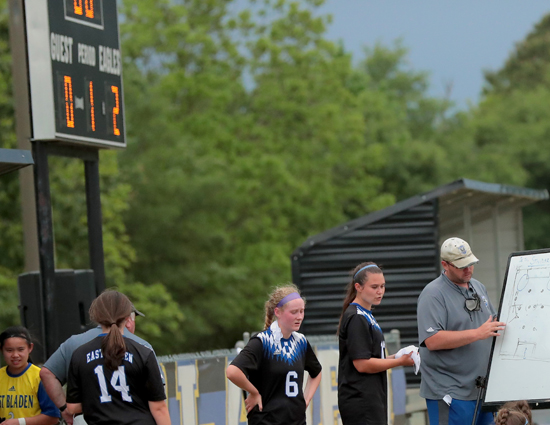 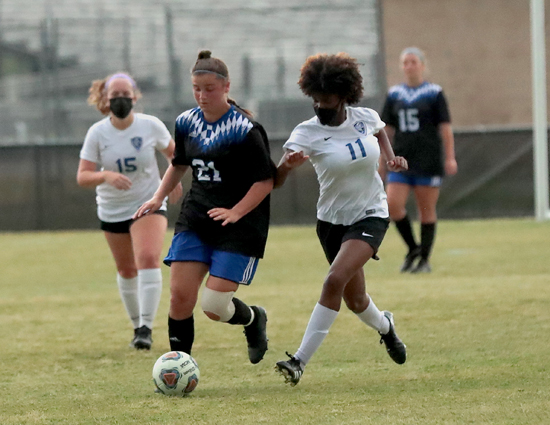 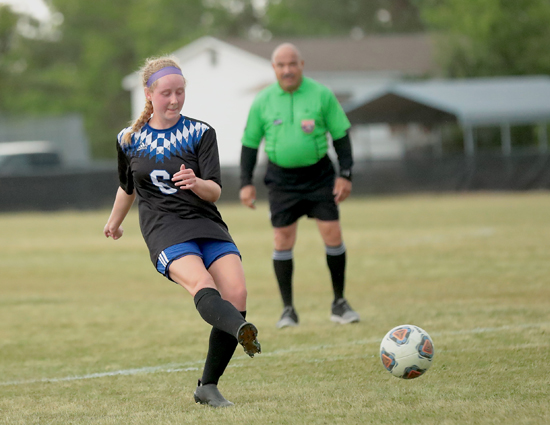 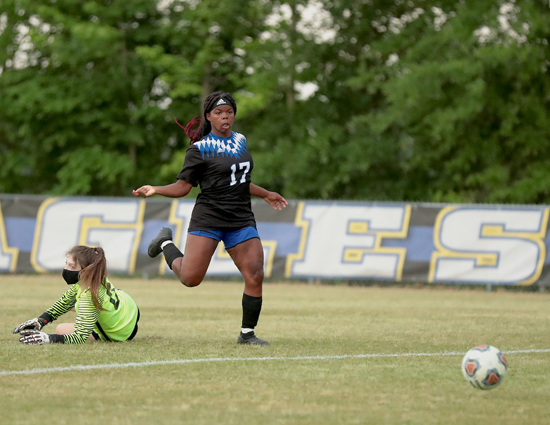 McDonald and senior Katie Evans scored 1st half goals as the Lady Eagles built a 2-0 halftime lead. “Our girls came out with a ton of energy,” said Raynor. “Felt like we left some goals out there but we really played well. The girls kept the game in front of them and didn’t chase. We constricted a solid game plan and the girls executed it quite well.”

East Bladen outshot the Lady Unicorns 14-1 in the 1st half and 21-5 for the game. “Was a tale of two halves,” noted Raynor. “We owned the first and they owned the second. Molly (Evans) and Zoe (Smith) really did well early in the 2nd half when we couldn’t release their pressure.”

McDonald knocked in her 2nd goal 7 minutes into the 2nd half. The Lady Unicorns finally cracked the scoring column with a goal in the 63rd minute, but McDonald answered with her 3rd goal 6 minutes later to keep the Lady Eagle lead at 4-1. DSA scored a late goal in the 77th minute.

Katie Evans finished with one goal and one assist, and senior Joesphina Torres dished out one assist. “Katie and Sara (Gargala) had huge games in midfield,” stated Raynor. “They controlled and owned the midfield. Reese (Hester) was also a huge factor. Big games also from Zoe (Smith) and Molly (Evans) in the back. They were forced to make plays that were crucial down the stretch.”

Senior Lily Lin had to make 4 saves. “Lily had one save especially late as she dove to parry a deflected shot past the far post,” said Raynor. “Huge play late in the game.”

Raynor continued, “DSA is well coached by a good friend. Knew it would be a challenge and thought it was a good matchup. I thought we utilized our strengths and made a few more plays than they did.

“It was a great first round win,” concluded Raynor. “With one less round it was more like a second round matchup. The girls showed up and played extremely well. A win over a program like that says a lot about our girls. They can do anything they put their mind too.”