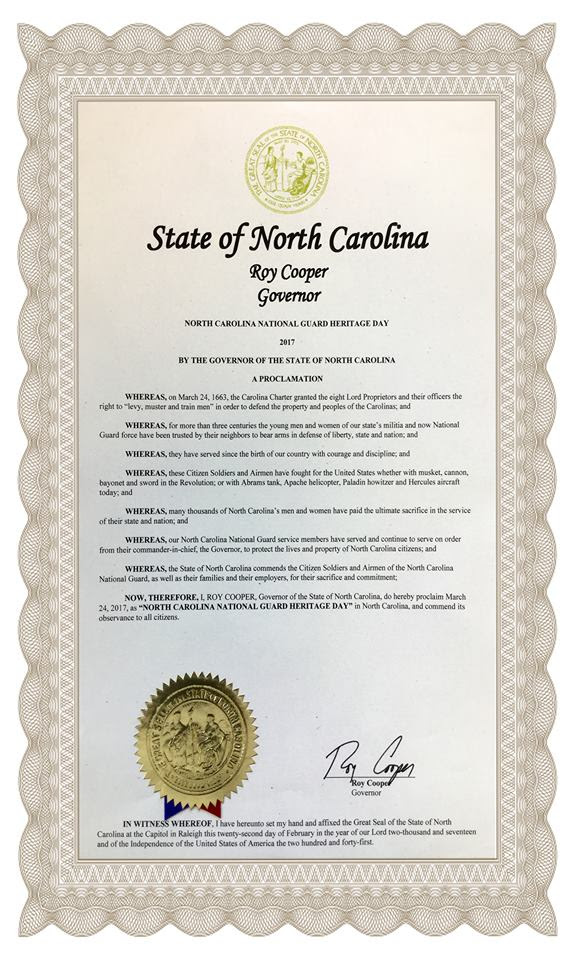 RALEIGH, N.C. – March 24th, 1663 the Carolina Charter granted the right to “… levy, muster and train men …” in order to defend the property and peoples of the Carolinas.  The North Carolina National Guard has been on duty ever since. North Carolina National Guard Citizen Soldiers and Airmen for 354 years have been trusted by their neighbors to bear arms in defense of liberty, state and nation.

The NC National Guard has served with distinction in World War 1 and World War 2. Since 9-11, more than 22,000 NC National Guardsmen deployed for wartime service. The NCNG was the first to deploy a Reserve component attack aviation battalion into Afghanistan in 2002. The NCNG is the only state to have an Armored Brigade Combat Team deploy twice as an independent maneuver brigade commanding its own terrain in Iraq.

Since Hurricane Katrina in 2005, well over 3,000 Citizen-Soldiers and Airmen have supported N.C. and many other states in response to natural disasters.