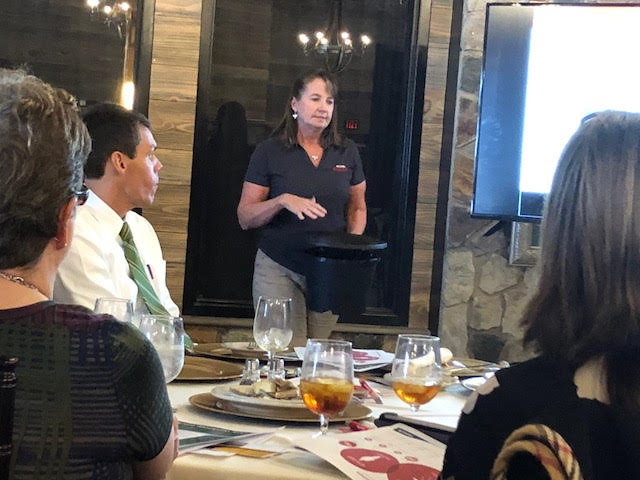 A death linked to the West Nile Virus was announced earlier this week in New Hanover County. Since the hurricane there has been a multitude of pests reported in Bladen County.

Dana McDuffie, with McDuffie Pest Control, met with the Elizabethtown Rotary Club on Wednesday to announce a new invention.

According to McDuffie, Mosquitos are the deadliest pests. There are an estimated 820,000 mosquitoes world wide.

McDuffie introduced the new invention as a mosquito trap. The product looks similar to a speaker according to some. The invention allows the female mosquito to ingest and then distribute an agent that kills the mosquitoes.

“We are the only vendor in this area to offer these new traps,” McDuffie said.

The new trap is considered a green solution so there is no danger to humans, pets, bees or butterflies, according to Walter McDuffie with McDuffie Pest Control.

To find out more about the new invention or pest control, contact McDuffie Pest Control in Elizabethtown.

The next Elizabethtown Rotary Club meeting will be held on Wednesday, November 7th, at the Cape Fear Winery and Winery in Elizabethtown at 1 PM.