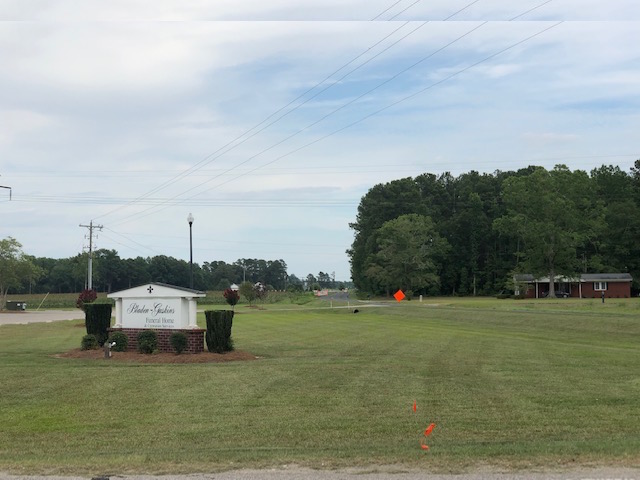 The Town of Elizabethtown cemetery on North Queen Street was damaged due to the amount of rainfall the town received during Hurricane Florence. Repairing the devastation at the site is costly and time consuming.

Local officials have been meeting with the Federal Emergency Management Agency (FEMA) every two weeks regarding repairs to the damaged cemetery and a possible new location for the town cemetery, according to Mr. Madden. The soil erosion at the cemetery created formations of giant cracks along Queen Street and in the cemetery. Engineers performed soil borings and have reported the cracks in the surface of the cemetery are due to soil movement.

Lloyd R. Walker, the Professional Land Surveyor working on the project reported no discernible movement at the site back in April. However, officials say it is very likely a similar occurrence could take place again. Mr. Madden said the cemetery remains a top priority for the town council.

In February the town council discussed moving the cemetery to a parcel of land located near the Elizabethtown airport the town already owns, however, Mr. Madden explained a Landscape Architect will present a different proposal for a new location for the town cemetery. The location for the new cemetery will be 12 acres in the vicinity near Bladen Gaskins Funeral Home on Martin Luther King, Jr. Drive in Elizabethtown.

In March, Mr. Madden said the town was notified by the NC Office of Recovery and Resiliency (NCORR) that the town has been awarded a $2 million loan and a $500,000 grant. Estimated costs back in March of this year from the town’s consultants indicated the project to move the cemetery will range from $2.8 million to $3.2 million, however new numbers may be announced at Monday’s meeting with the new proposed location.

The negotiations between the Town of Elizabethtown and FEMA officials on funding for the needed cemetery project(s) are still underway. “We will probably start meeting every week now,” Mr. Madden said.

Other options for repairing the cemetery the town council has reviewed in the past year include:

*To repair the cemetery to its pre-storm conditions is estimated to cost $388,125.  Madden said this solution has been deemed as not a viable option.

*Repairing the cemetery to pre-hurricane Florence conditions and implementing solutions to reduce the frequency and severity of soil movement in future significant storms is estimated to cost $760,650.

*Leaving the graves where they are currently located and installing a 400-foot wall of underground sheet pile along the Cape Fear River and installing a drainage system. It has an estimated cost of $3.3 million.

The town council meeting will be held at 7:00pm at the Town Hall located at 805 W. Broad Street in  Elizabethtown. Anyone wishing to speak at the meeting must sign in prior to the meeting. To be placed on the agenda, contact the Town Clerk at (910) 862-2066 one week prior to the regular scheduled meeting.