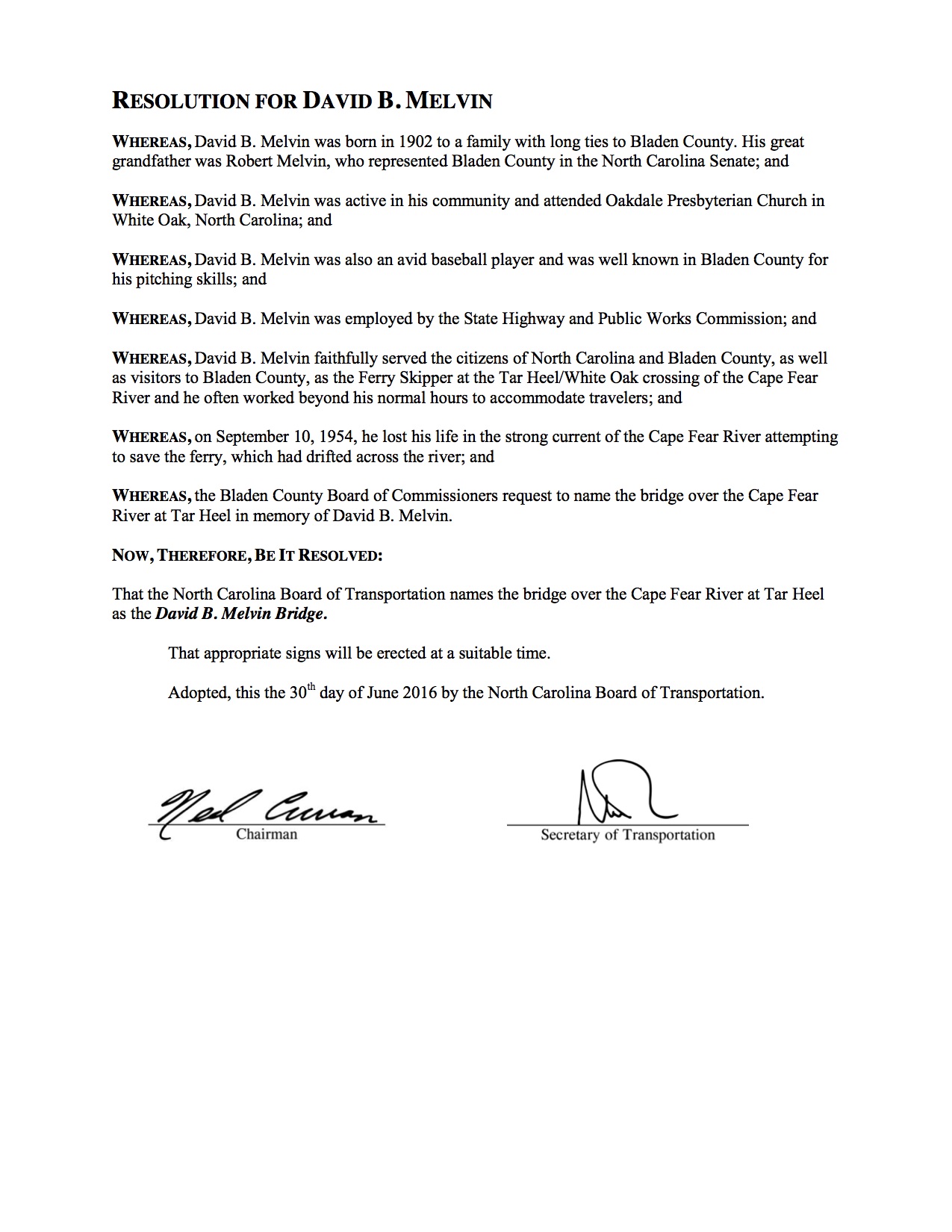 New Tar Heel bridge to be dedicated on Monday 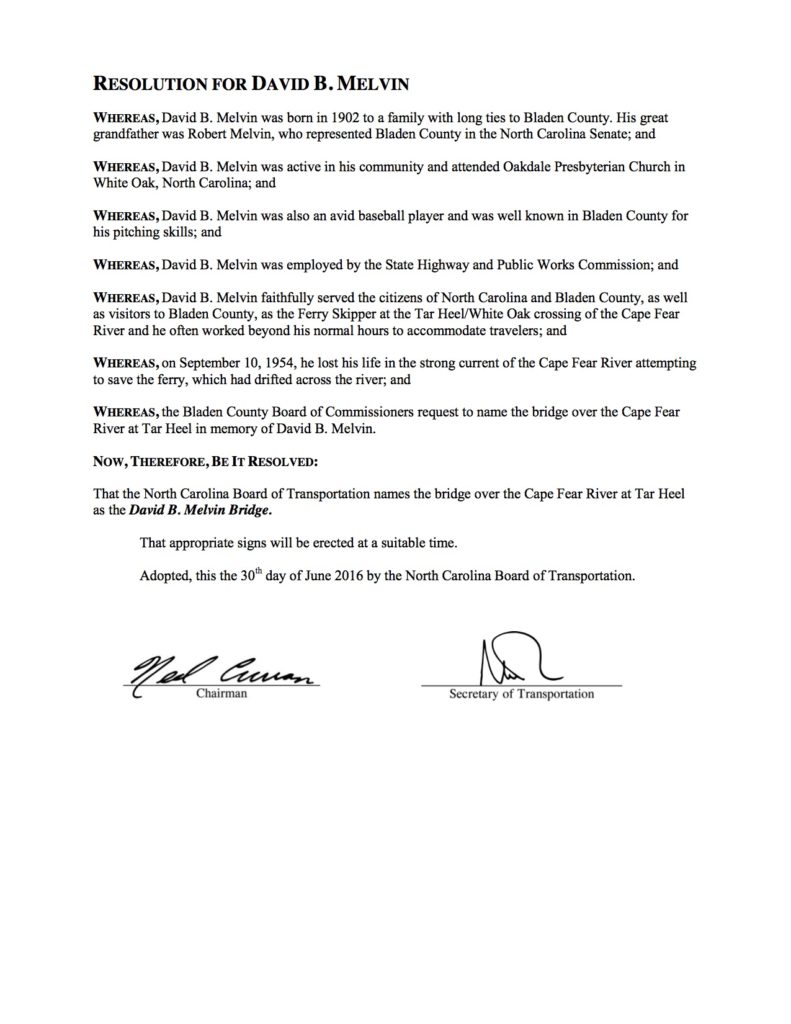 The construction on the new bridge spanning the Cape Fear River in Tar Heel is complete and a dedication ceremony is scheduled for 2 p.m. Monday. The North Carolina Department of Transportation adopted a resolution in the June 2016 meeting to dedicate the bridge to the memory of David Melvin.

The bridge will officially will be called the David B. Melvin Bridge. He is a former ferry operator who fell in into the river in September 1954 and drowned while on duty. He is also the grandson of former North Carolina Senator, Robert Melvin. David Melvin was also an avid baseball player.

The resolution calls for the appropriate signage to be erected “at a suitable time.”