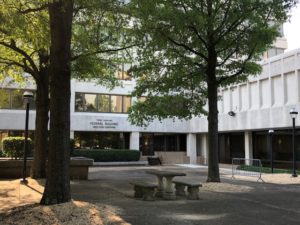 Motions have been filed and oral arguments were heard in the Fourth Circuit Court of Appeals in Richmond, Virginia, regarding the multimilllion dollar verdicts in the first three hog farm lawsuits that took place earlier this year.

No verdict has been announced in the appeal case.

In the meantime, Mark Anderson, with McGUIREWOODS, LLP, representing Murphy-Brown, LLC, filed a motion last week in the case of Billy Kinlaw asking the judge to vacate the verdict in that lawsuit and to schedule a new trial. Anderson cited North Carolina’s Right to Farm Bill as the basis for the motion and a failure by the court to recognize the statute of limitations. The motion for a new trial enumerates several reasons the court should order a new trial. They are:

Michael Kaeske, Jr. of the Kaeske Law Firm in Texas, representing the plaintiffs, argued in his response to the appeal Murphy-Brown LLC was not denied their right to present evidence and the court did not err in its instructions to the jury. Kaeske argued the verdict should remain in place with the necessary adjustments made to meet the cap placed on the verdict by North Carolina law.

Judge Earl Britt has not issued a ruling on the motions.

According to federal court records, there were 11 cases initially scheduled for trial. Thus far, three cases have been tried leading to huge payouts to the plaintiffs and another trial has been scheduled to take place in November.

The motions for final judgement to be entered in the trials involving Joey Carter and Greenwood Farms were signed by Judge Britt and officially entered into the court records last week.

Judge Britt has been removed from hearing the next set of cases. Judge David Faber of West Virginia will hear the next two cases. No reason was given why Judge Britt was replaced or whether or not he will hear any of the cases remaining in the future.