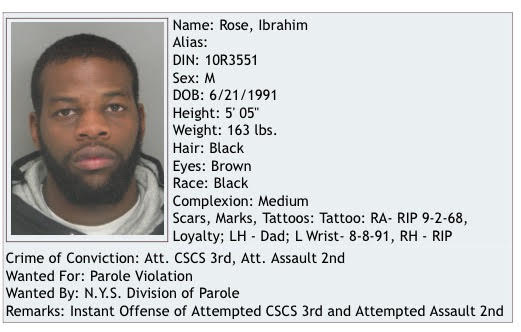 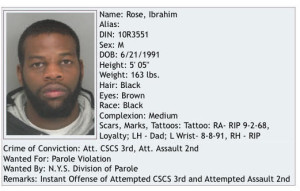 One of New York’s most wanted men is still at large Tuesday after a search for him in Bladen County on Monday went cold.  According to New York State’s most wanted list  Ibrahim Rose is wanted for a Parole Violation by the New York State Division of Parole.

Inbrahim has an instant offense of attempted CSCS or Criminal Sale of a Controlled Substance 3rd degree and Attempted Assault 2nd degree according to the Most Wanted list.

Monday, November 16th, Bladen County law enforcement was in the area near the local ABC store in Elizabethtown and tried to apprehend Ibrahim because he was recognized.

Bladen County Sheriff Jim McVicker along with many other law enforcement officers from the Sheriff’s Department, Elizabethtown Police Department, and the North Carolina Highway Patrol were out looking for Ibrahim Monday. A search with the SABLE helicopter equipped with a FLIR system or forward looking infrared system was made.

The search went late into the evening Monday. According to McVicker, Ibrahim probably had someone pick him up and he is still at large at this time.