After Thursday’s federal court proceedings no punitive damages were awarded to neighbors of a hog farm in Sampson County. The outcome for the fourth hog industry lawsuit trial did not end with multi millions in award payouts for the plaintiffs.

In the first three lawsuit trials presided over by Federal District Court Judge Earl Britt, plaintiffs in the cases were awarded multimillions of dollars in punitive damages. 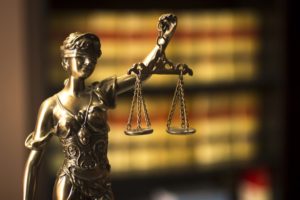 The fourth trial came with a new judge on the bench. Federal Judge David Faber lead the proceedings of the fourth case in a line of more than 20 lawsuits against Smithfield/Murphy Brown, LLC  in a completely different manner as Judge Britt. The most obvious difference in the judges came on Thursday, December 13 with talks of punitive damages in the fourth lawsuit.

Judge Faber ruled Thursday against any punitive damages being awarded in the fourth lawsuit due to lack of evidence.

Following days of deliberation on Wednesday this week; the jury ruled in favor of the plaintiffs awarding them $100 to $75,000 for nuisances claims against the Smithfield / Murphy Brown, LLC operation in Sampson County. The claims are foul odors, annoying pests and excessive noises all due to the operations of the area hog farm infringed on the neighbors’ right to enjoy their property.

The Sampson County hog farm, Sholar Farm, with the capacity to hold 7,000 hogs was the center of the fourth trial. The next hog industry lawsuit is set to take place in the new year.