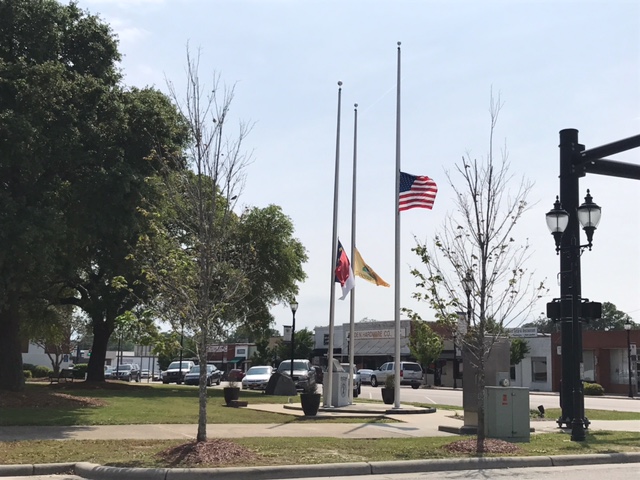 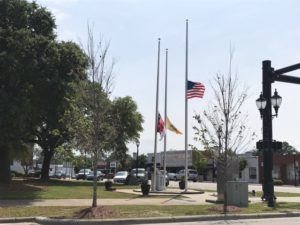 Flags at the Bladen County Fallen Officers memorial were flying at half-staff on Thursday in honor of a fallen Corrections officer. Governor Cooper has ordered that state flags are to fly at half-staff in honor and remembrance of Sgt. Megan Lee Callahan. Flags are to remain at half-staff until sunset on Friday, April 28, 2017.

Sgt. Callahan served as a Corrections officer at the Bertie Correctional Institution where she was attacked by an inmate at about 5:30 p.m. on Wednesday. According to the Raleigh News and Observer, inmate Craig Wissink is suspected of the attack on Sgt. Callahan. The officer had been employed with the North Carolina Department of Corrections since 2012.