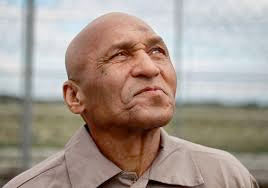 The North Carolina Industrial Commission will hear a motion filed by the State of North Carolina to dismiss a lawsuit filed by former inmate Joseph Sledge Jr. at their August 8 meeting in Raleigh. Sledge spent 40 years in prison for two murders he says he did not commit.

You can read the motion to dismiss filed by the State here.

In 2017, Bladen County settled a lawsuit filed against the County by Sledge for $4 million. The Bladen County Board of Commissioners voted to approve the settlement in August 2017. Read our story here.

Sledge filed the lawsuits against the Bladen County Sheriff’s Office, the State Bureau of Investigation and the Clerk of Court’s Office in Columbus County following his release from prison after being wrongfully convicted and sentenced to life in prison for the murders of Josephine and Aileen Davis in Elizabethtown on September 6, 1976. Sledge was freed after a three judge panel with the NC Innocence Commission heard exculpatory evidence which was not presented at the original trial and ruled he was wrongfully convicted.

The State of North Carolina paid Sledge the $750,000 maximum allowed by law for erroneous convictions.

Sledge’s lawsuit alleges that DNA testing was not available when he was tried and convicted. Sledge contends when DNA testing became accepted as legal evidence in the courtroom in the 1990s, his pleas to have DNA evidence which was collected from the crime scene in 1976 tested were ignored. His lawsuit also alleges that officials initially said evidence was missing or had been destroyed. Later, pieces of evidence were found in an evidence locker in Columbus County by a Court Clerk who was cleaning.

The NC Industrial Commission will hear the State’s motion and decide whether or to to dismiss Sledge’s lawsuit.

“An Obvious Suspect” on Sledge Story to Air