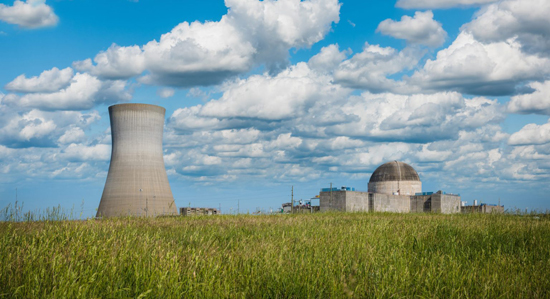 All commercial nuclear power plants are supervised by the U.S. Nuclear Regulatory Commission, an independent agency of the federal government.

The NRC hosted a virtual meeting April 21 to present the 2020 safety performance of the Harris and Brunswick nuclear power plants. A meeting earlier in the month presented the performance record of the McGuire nuclear plant.

NRC inspectors reported that each of Duke’s plants in North Carolina met safety standards and operated safely in 2020. Based on the inspection results, each plant is currently under the NRC’s normal level of oversight.

NRC resident inspectors conducted the inspections at each plant, along with other inspection specialists from the NRC’s Region II office in Atlanta.

According to Duke Energy, the nuclear power plants generate roughly half of the power for customers in the Carolinas. In all, the energy company produces about a third of its total power from nuclear plants.

The Brunswick Nuclear Plant is in Southport on the Cape Fear River. Its two units were built in 1975 and 1977. The Brunswick reactors are similar in design to the reactors in Fukushima Daiichi, Japan. In 2011, a chain of events, including a tsunami, caused radiation leaks leading to one of the worst accidents in nuclear power generation.

The Harris Nuclear Plant (pictured above, Duke Energy photo) has one reactor that was built in 1987 and is 22 miles southwest of Raleigh in New Hill.

The McGuire Nuclear Station on the Catawba River near Charlotte has two reactors that were built in 1981 and 1984.

Duke Energy aims to slash its carbon emissions in half by 2030 and achieve net-zero carbon emissions by 2050. In addition to wind and solar power facilities, Duke CEO Lynn Good said in a public forum hosted by the Washington Post on March 30 that the company “does not see a way to get to carbon reduction at the speed that we need to achieve without nuclear energy.”

In all, the company needs to build about 1,500 megawatts of renewable energy generation every year for the next 30 years, she said.

Kevin Kamps of the national anti-nuclear watchdog organization Beyond Nuclear said the industry is often given “a pass on the carbon question.”

“It’s not carbon zero.” For example, uranium mining and enrichment are carbon intensive, he said.

In addition, nuclear waste includes future costs to dispose and monitor carbon-14, Kamps said. Carbon 14 is a byproduct of nuclear energy production that is a long-term concern for public health once components of power plants are decommissioned.

“That waste is going to be there into the future and needs to be managed and monitored over time,” he said.

Safety and environmental risks connected to nuclear energy, including the creation and management of radioactive waste, are a barrier to the future expansion of nuclear power in the Carolinas and across the U.S.

For example, watchdog groups raised concerns about the storage and transportation of radioactive fuel waste from reactors that produce electricity during the coronavirus pandemic.

Potential staffing shortages during the health crisis increased the risks of a mishap and security risks, or affected the readiness to react to an emergency, Kamps said.

Resident inspectors at the Harris and Brunswick plants during the public meeting said both plants had a low number of positive cases and experienced no problems with regard to staffing thus far during the pandemic.

For members of the public, it’s difficult to assess the risks of a nuclear reactor, Kamps said.

“The NRC uses very obscure language, and it’s difficult to understand what they’re talking about,” he said.

He encourages those concerned about the risks of nuclear energy to connect with a local watchdog group, such as the Blue Ridge Environmental Defense League based in Glendale Springs, and educate neighbors.

In addition to safety risks, many reactors are aging, and new construction costs can run into the billions of dollars.

Only two nuclear reactors, both in Georgia, are currently under construction in the U.S. They are expected to cost more than $25 billion.

Duke Energy CEO Good said the safety record in the U.S is strong.

“There is an incredible focus, investment, oversight, governance process to ensure that we are operating these assets with public safety in mind, every hour of every day, and that commitment is unwavering,” she said.