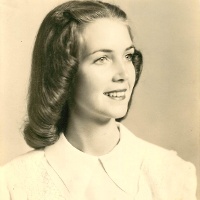 Hilda graduated from Elizabethtown High School and went on to receive her Bachelor of Science from East Carolina College. She worked as a teacher and then a social worker for several years before becoming a stay-at-home mother. She met her spouse, Jean R. Poirier, from Worcester, Massachusetts, one weekend in 1952, while Jean was on leave from his duties in the Army at Fort Bragg. They married in 1953 and moved to Frederick in 1961, after Jean completed medical school. Hilda and Jean purchased a farm on Ballenger Creek Road in 1962 and developed it into a successful thoroughbred race horse farm, where they lived for nearly 30 years. After they divorced, Hilda married Timothy J. Sullivan from Montville, New Jersey in 1998. They enjoyed many years together living between Frederick and St. Croix, Virgin Islands.

Hilda excelled in the game of bridge. She played for over 50 years, achieving the honorable rank of Life Master. Besides raising her children and managing the horse farm, she enjoyed cooking, entertaining, traveling and good conversations.

A special thanks to the devoted nurses and caregivers for their loving care during the past year; Pam, Rosie, Annie, Kathleen, Emma and Daisi.

In lieu of flowers, donations may be given to the Warfield Brothers Foundation, www.warfieldbrothers.org.