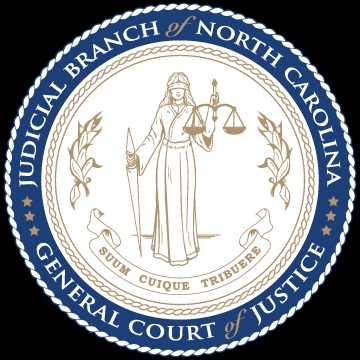 Columbus County District Attorney’s Office – My office has concluded its examination into an officer-involved shooting that occurred in the parking lot of the Whiteville Walmart on June 24, 2021, which resulted in the death of William Dean Hewett. After consultation with our law enforcement partners with the North Carolina State Bureau of Investigation and a review of all available evidence, including officer statements, witness statements, photographs, and video surveillance footage of the parking lot area of the Whiteville Walmart, it has been determined that officers with the U.S. Marshals Service Carolinas Regional Fugitive Task Force were legally justified in using deadly force.

In summary, task force officers with the U.S. Marshals Service Carolinas Regional Fugitive Task Force were requested to assist in the apprehension of William Dean Hewett for active warrants for the First-Degree Murder of Brandy Lynn Price out of Pender County. Members of the task force tracked Hewett to the Whiteville Walmart and responded to the scene to take Hewett into custody. Upon arriving in the Whiteville Walmart parking lot, officers observed a white Jeep SUV matching the description of the vehicle that Hewett may have been driving in a sparsely populated area of the parking lot. Officers observed two individuals inside the Jeep, but did not observe Hewett.

Having received information that Hewett may be armed and dangerous, the officers remained in the Walmart parking lot with plans to intercept Hewett on the way back to the Jeep in an effort to reduce the risk of injury to any member of the public. Adding to the concern for the public, officers received information that Hewett made statements about “shooting it out with law enforcement” and that he would not go to jail. While stationed in their vehicles in the parking lot, officers observed an individual matching Hewett’s description exit Walmart moving in the direction of the Jeep. Officers made a positive identification of Hewett as he approached the Jeep, and moved in to take Hewett into custody. Upon exit from their vehicles, officers identified themselves as police.

Hewett immediately moved toward the Jeep in a crouched position and removed a .40 caliber handgun from his waistband. As officers came around the Jeep to take Hewett into custody, Hewett raised his firearm and pointed it at officers. Officers began yelling at Hewett to drop his firearm, but Hewett did not comply.

With Hewett brandishing and pointing a firearm in the direction of officers, four individual officers began discharging their firearms at Hewett. Hewett was struck numerous times about his body and dropped his firearm. Officers immediately moved in and began administering lifesaving tactics on Hewett. Although a nurse was on scene and paramedics arrived within minutes, Hewett succumbed to his injuries and was pronounced dead at the scene. The two individuals inside of Hewett’s Jeep did not engage with the officers during the confrontation with Hewett, and were not injured in the shooting. Through the exemplary investigation by the North Carolina State Bureau of Investigation, the officers’ statements to investigators were substantially corroborated using surveillance footage and statements from independent witnesses.

I, and senior members of my staff, convened with the SBI and determined that the task force officers’ actions were justified. The law of North Carolina regarding officer use of deadly force is well settled. An officer is permitted to use deadly force to defend an attack with a deadly weapon against either himself or a third person in his presence. In this instance, officers were attempting to execute a lawful warrant for arrest when Hewett brandished and pointed a firearm at them.

Officers were confronted with deadly force by Hewett and responded appropriately with matching force to defend themselves and fellow officers. The reasonableness of the use of deadly force is underscored by the fact that all four officers perceived the same threat and discharged their weapons.

“By their nature, manhunts pose a significant danger to both officers and the public. Considering the surrounding circumstances, there was no convenient time or entirely safe manner for officers to effectuate the arrest of Hewett,” said District Attorney Jon David. “The task force received intelligence that Hewett was armed, dangerous, and prepared to ‘shoot it out’ with law enforcement. Their decision to initiate the arrest in a sparsely populated area of a parking lot was reasonable, and the decision to shoot was a measured response to the actions of Hewett. Therefore, no officer will be criminally charged with the death of William Hewett. Indeed, the four officers are to be commended for taking decisive action to serve and protect the public.”

Earlier today, I, accompanied by investigators with SBI and senior prosecutors in my office, met with the family of Mr. Hewett to explain our joint decision that no officers would face charges for his death. In an attempt to be as transparent as possible, I have invited the family of Mr. Hewett to have an attorney of their choosing review our file and all of SBI findings at a future meeting.