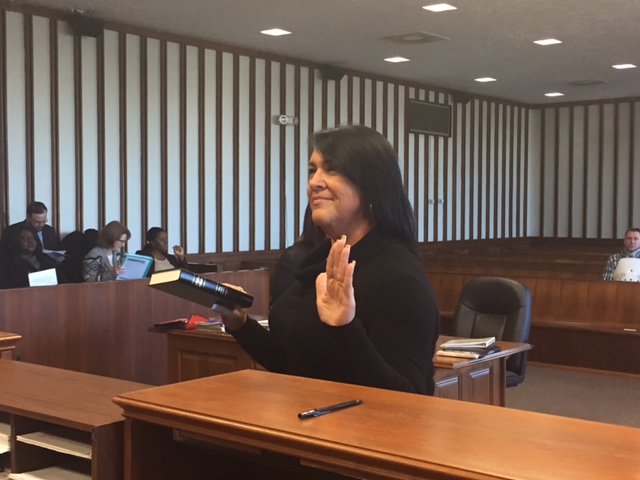 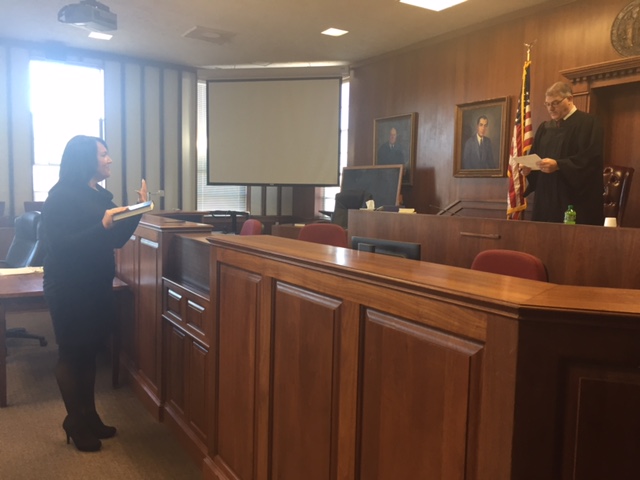 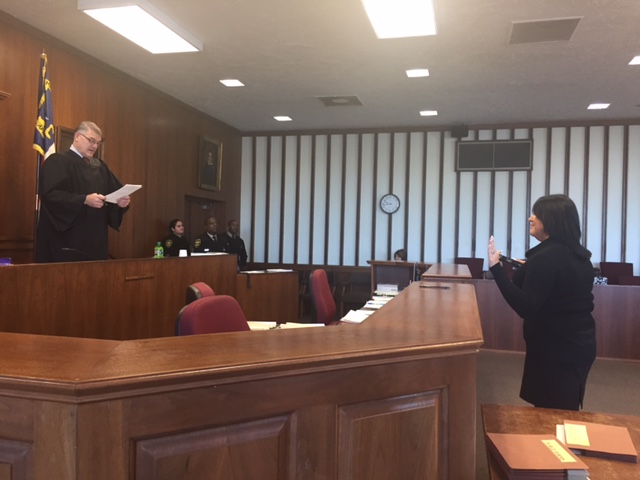 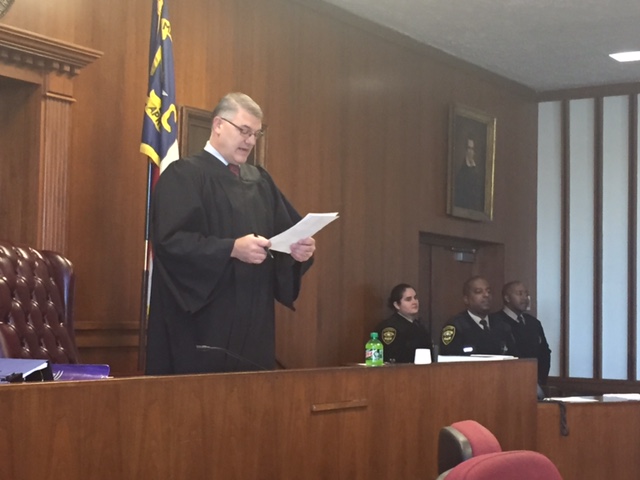 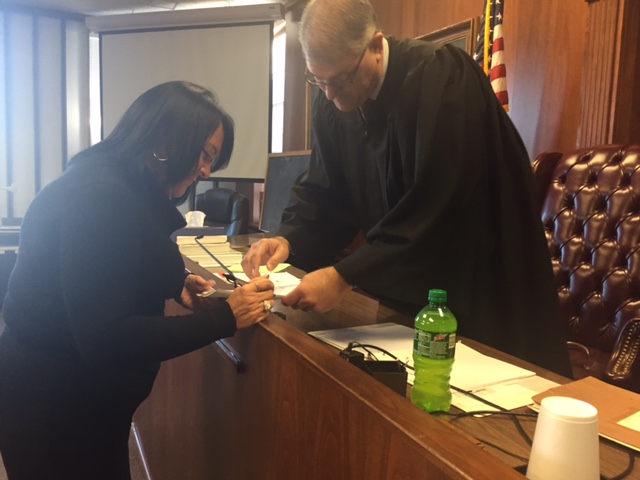 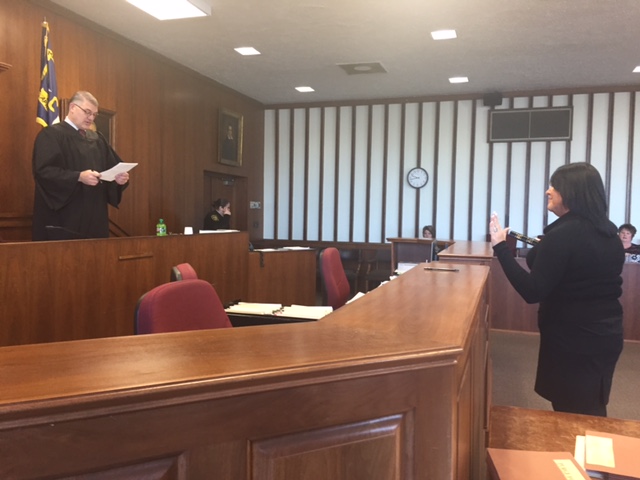 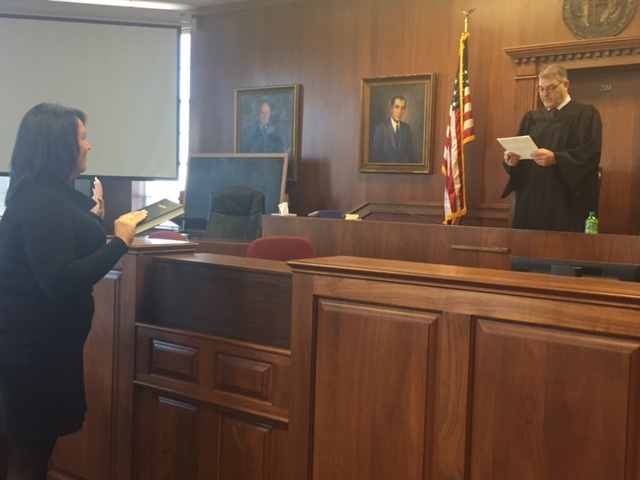 For one Bladen County magistrate, Friday saw her reach a milestone in her years of service as a magistrate–17 years to be exact. According to Bladen County Clerk of Superior Court Niki Dennis, Magistrate Tami Mancos began her career on October 16, 2000, making her the longest continuous serving magistrate in Bladen County. Mancos took her oath of office for the 17th time as Chief District Court Judge Scott Ussery administered the oath on Friday morning.

Mancos also has another distinction that sets her apart as well. “I am the first female magistrate to serve (in Bladen County),” said Mancos.

She is proud to have set such a precedent but she said she couldn’t have done it without the love and support of her mother. “I dedicate this to my mom. I wouldn’t have been able to do anything without her. She is my rock,” said Mancos.

“The Lord blessed me when he gave me this job. I have many great people to work with and I probably won’t retire,” said Mancos.

She said that one aspect of the job as a magistrate is the many interesting people she assists. “I’ve had females and males come in and they are glad I’m there,” said Mancos.

She said some of the women she has assisted have told her that it was nice to have another woman to talk with about what you are going through, especially when it involves domestic violence. Mancos said she learns something new each day and laws change almost every day.