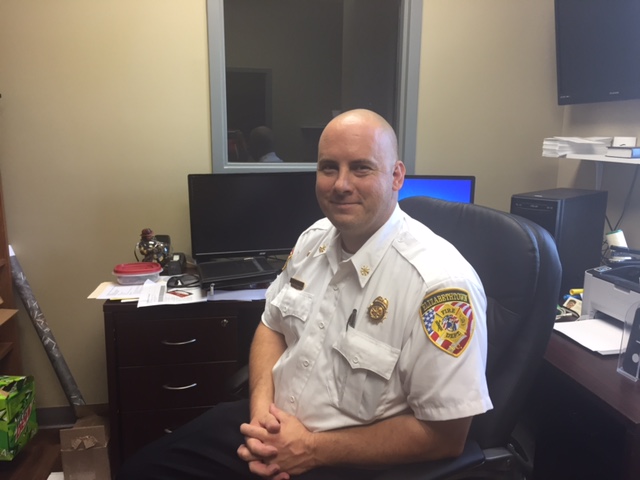 One firefighter steps into new role 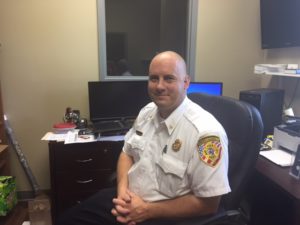 After many years serving as a volunteer firefighter, Anthony Norris has taken on a new role in his fire service career–Deputy Fire Chief. He has served with the Garland Volunteer Fire Department for 18 years and has been active with the Elizabethtown Fire Department for two years.

His role will include performing fire inspections, records management, assisting with ISO record keeping, training coordinator, volunteer firefighter recruitment and retention, developing response plans, and project management. Norris says he will also serve as the communication link between the volunteers and career staff. 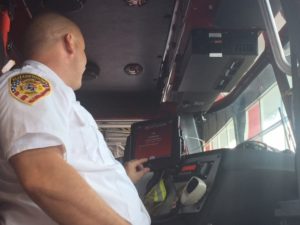 While the Elizabethtown Fire Department boasts career staff, the volunteer firefighters are an integral part of the fire department. “When the volunteers come here to hang out, they fill a role,” said Norris. He explained the volunteers fill various roles by doing such things as driving an apparatus on a call and answering calls alongside the career staff. Norris said his goal is to keep the volunteers informed.

Norris has been on the job about a month and said his biggest challenge so far has been the change of schedule and becoming familiar with the community.  He said performing fire inspections is a somewhat new role. Norris said one thing the fire inspectors are trying to do when they perform their inspections is to educate businesses owners about safety concerns and how they can improve safety at their location. 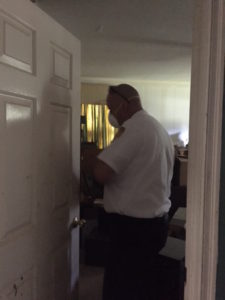 He said the transition from his former role as a volunteer firefighter to his new role in Elizabethtown Fire Department has been a busy one. Norris said he has been willing to stay later in the evenings in order to meet the career staff as well as the volunteers on the different shifts and assisting them with resolving issues that arise and answering questions they may have.

Chief West said Norris has also designed a new form to assist in documenting training. Norris is also responsible for ensuring the volunteers are receiving the necessary training they need.

Norris will also be assisting with the Community Risk Reduction program within the fire department which is aimed at reducing safety hazards within the community.

In addition to serving as a volunteer firefighter, Norris has been an instructor for 10 years and is qualified to teach Firefighter I and II and is a Rescue Instructor.

If you would like to learn more about how you can improve safety in your home or business, you can contact Deputy Fire Chief Norris by calling 910-862-4586.