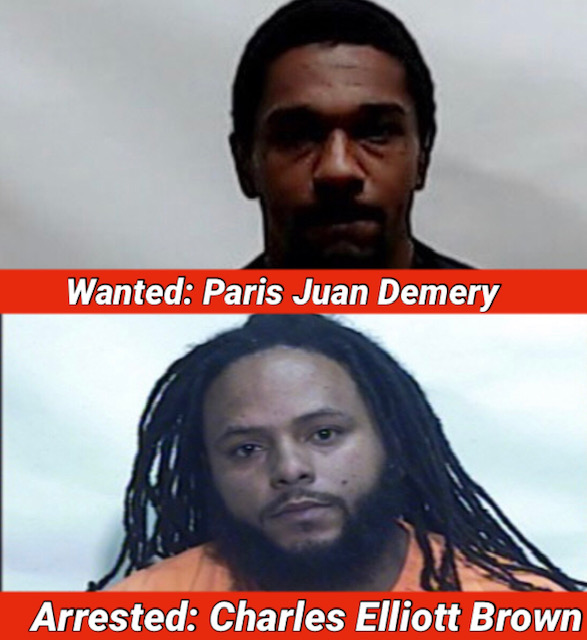 One suspect caught, another sought in July robbery of Buckhead store

Bolton – On July 9, 2019, the Columbus County Sheriff’s Office (CCSO) Uniformed Patrol Division was dispatched to a reported armed robbery at Donnie’s Mini Mart, located at 6585 Old Lake Road, Bolton. Shortly after arriving, CCSO Criminal Investigators were contacted and responded to process the crime scene and to conduct a criminal investigation. After a lengthy investigation, it was determined that Charles Elliott Brown, 26, and Parris Juan Demery conspired to rob the operators of the Donnie’s Mini Mart.

On August 16, 2019, Brown was arrested by Columbus County Sheriff’s Office Criminal Investigations Division and North Carolina Probation and Parole for robbery with a dangerous weapon, assault by pointing a gun, possession of a firearm by a convicted felon, and two (2) counts of felony probation violation. He was processed at the Columbus County Sheriff’s Office Law Enforcement Center where he was held under a $250,000.00 secured bond.