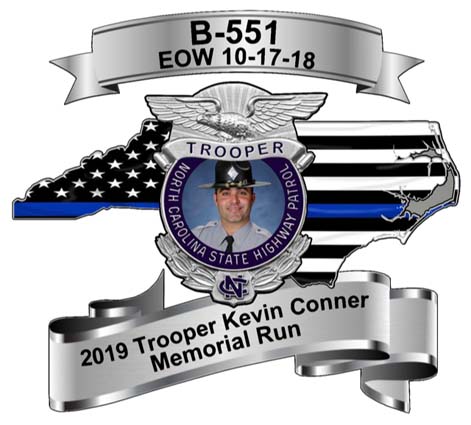 Opinion: Why should you support the Trooper Kevin Conner Memorial Run

Our hero, Kevin Conner gave his life protecting his community almost one year ago.  Kevin had a contagious smile that lit up the room immediately.  Everyone that knew Kevin loved him.  Kevin was born and raised in Bladen County but has also called Columbus County his home for the last 15 years.  To honor his legacy, the Trooper Kevin Conner Memorial Foundation was formed.  When this was originally formed, it was announced that the money raised would go towards a scholarship for a Columbus County resident.  We are pleased to announce that we will also have a scholarship for a Bladen County resident as well.  Depending on how much money is raised, we hope to have multiple scholarships!!!

The first annual Trooper Kevin Conner Memorial Run will be held on Saturday, October 19th in downtown Whiteville.  Participants can register online or in person the morning of the run.  https://its-go-time.com/trooper-kevin-conner-memorial-run/  Runners can choose to do 5K or 1 mile.  We currently have close to 700 registered.  The race begins at 8am but we ask that you arrive early to find parking and also to hear a short ceremony around 8am.  There will be vendors set up as well as a food truck.

We are having a barbeque plate fundraiser on December 7th at the Bladenboro Fire Department immediately following the Christmas parade.  Also, we are raffling off a custom golf cart;  tickets are $10 and the drawing will be held at the December 7th fundraiser.  We hope this will be an annual event.  Tickets for the golf cart are available at Dan’s Golf Carts in Elizabethtown and Down East Pest Control in Bladenboro.  We will have golf cart tickets for sale at the 5K run, the Bladenboro Beast Fest and the Bladenboro Christmas Parade.