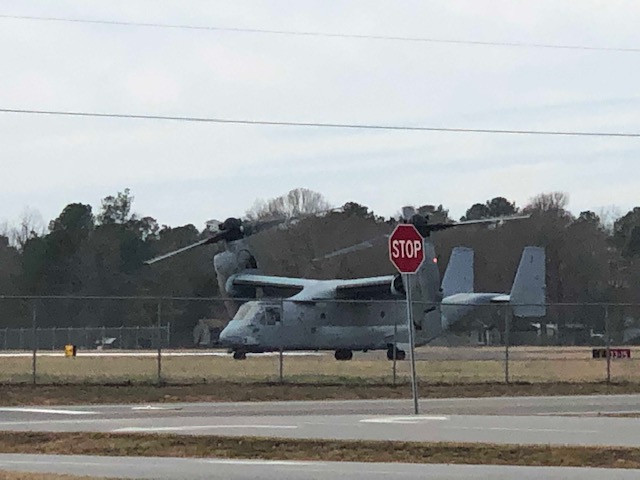 The sounds of Ospreys is familiar to some Elizabethtown residents but has others asking questions. The military does use the local airport at Curtis L. Brown, Jr. Airfield for training. During recent trainings, the pilots of the large aircrafts are seen circling the landing zone and practicing their take-offs and landings in Elizabethtown.

Although an Osprey is larger than a helicopter it has a similar vertical take-off to the hovering aircraft. It can fly into areas that have traditionally only been accessible by a helicopter, and it flys at a faster speed than its counterpart. 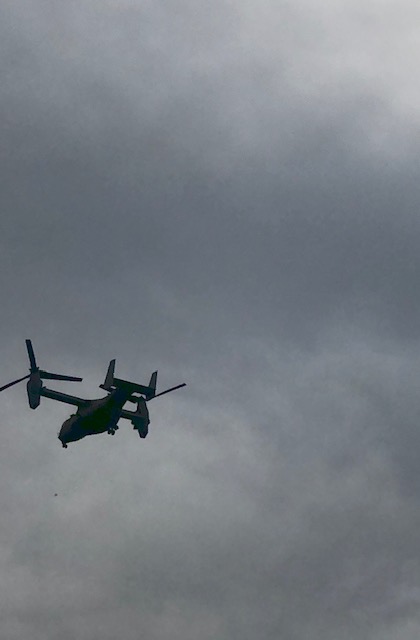 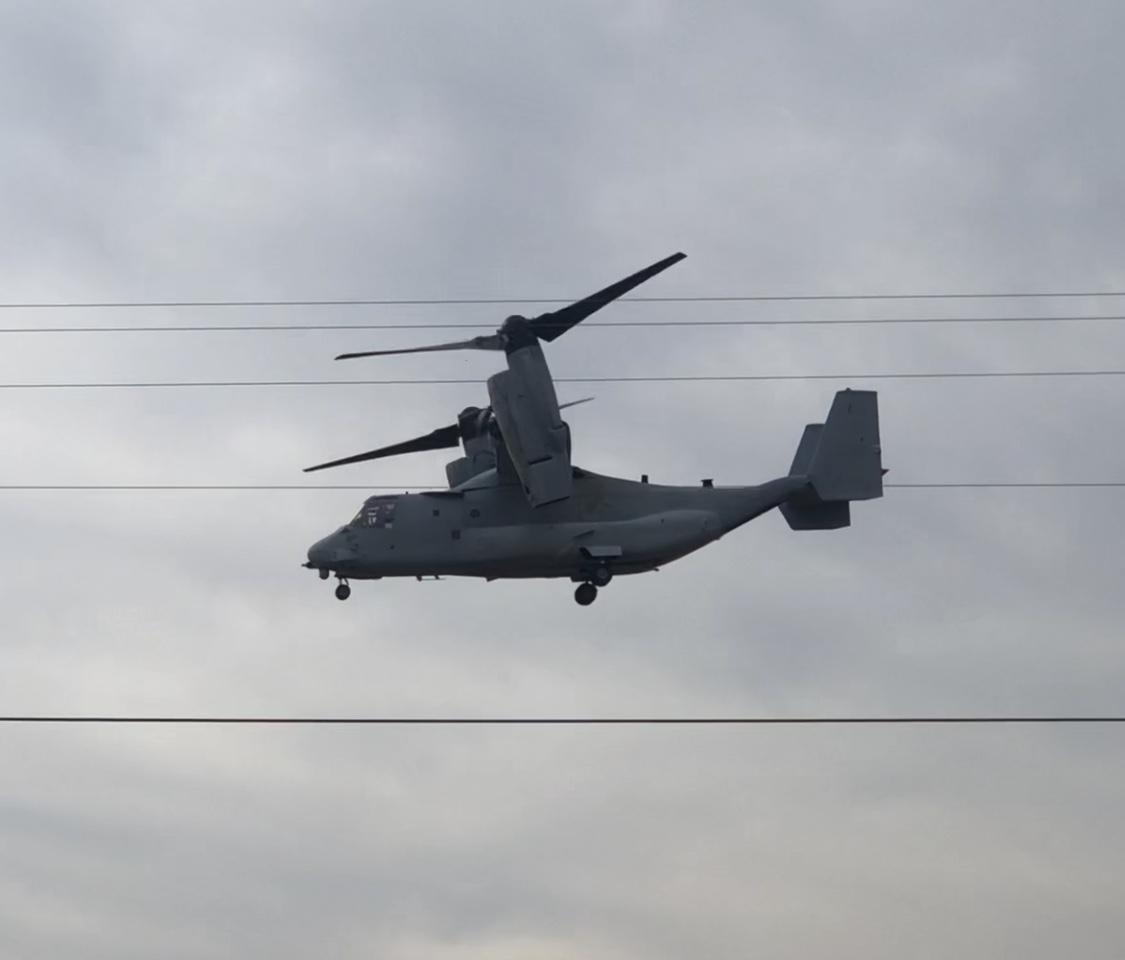 When asked about all of the air traffic, Terri Dennison, Director of Communications and Marketing with the Town of Elizabethtown, explained the airport is federally funded, which allows the military to use the airport at any time without prior approval.

She stated, “The Town certainly supports the efforts of our military and is happy to provide this service for their training runs.”

The air traffic has been heard at different times during the day and night according to area residents. There is no schedule set for the trainings, according to Dennison.

The military uses the airport periodically for training missions and fuel stops. At this time it has not been announced what the air training in Elizabethtown is for, but Fort Bragg is only about a 45 minute drive away from Elizabethtown.

Fort Bragg is located near Fayetteville and home to more than 30 different military organizations, including the XVIII Airborne Corps, the 82nd Airborne Division, the 4th brigade JROTC and the Army’s Reserve Command. The John F. Kennedy Special Warfare Center and School is also located at Fort Bragg. The center serves as a training center for the Army’s Civil Affairs, Military Information Support and Special Forces special operations programs, according to the Department of Military and Veterans Affairs.