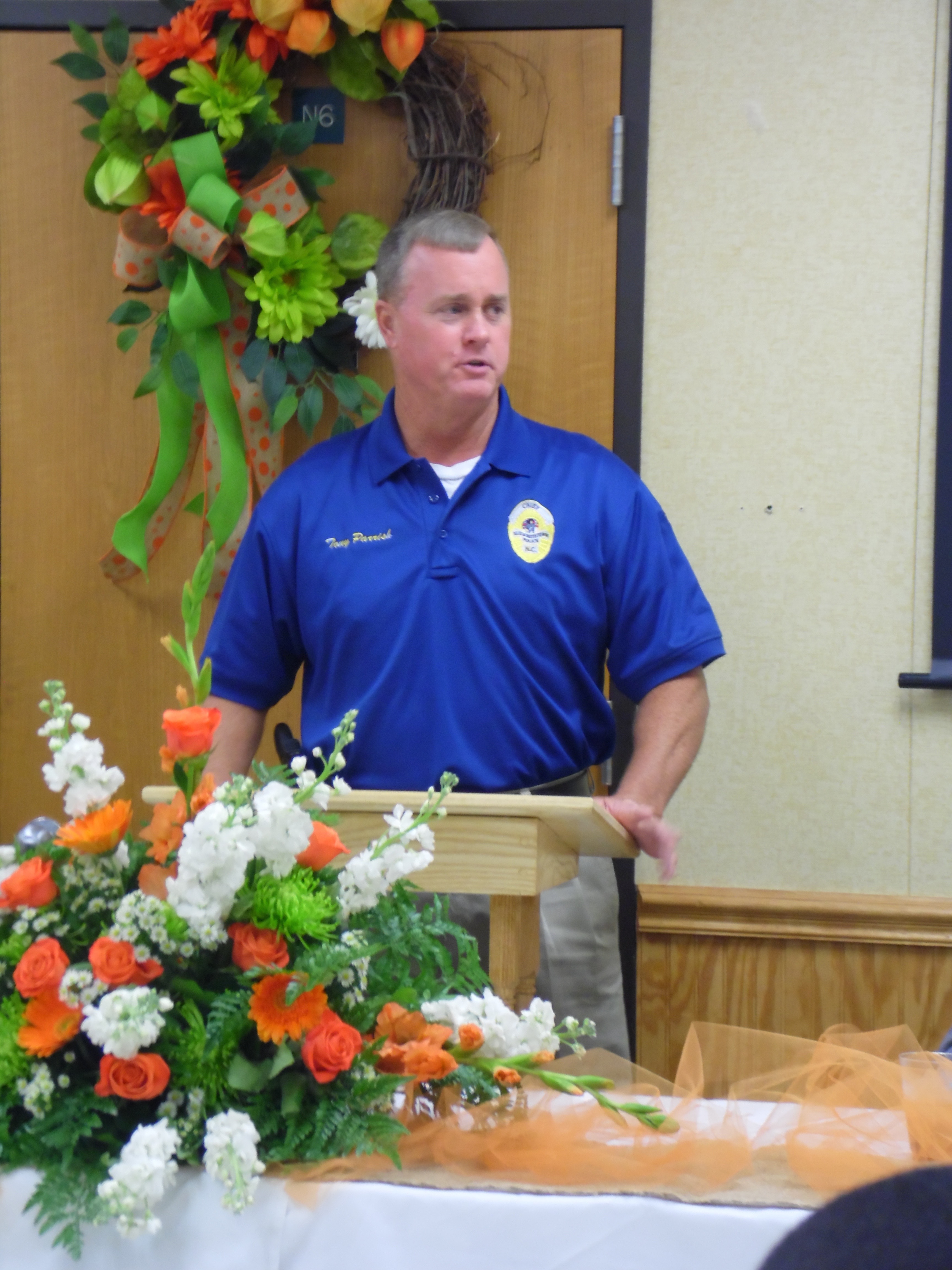 In life, we all encounter those obstacles that give us pause and at times, can often seem insurmountable, but in reality, with a little effort and perseverance, we can overcome them. That was the message keynote speaker Elizabethtown Police Chief Tony Parrish shared with the youth in attendance at the Juvenile Crime Prevention Council’s Youth Recognition Banquet on Thursday.

The JCPC recognized several youth during the banquet for their achievements in the program. Dr. Lawrence introduced Vivian Mitchell who discussed some of the accomplishments and activities in which the youth have participated. Some of the activities included arts and crafts and games such as Chinese Jump and Four Square. The youth recognized from East Arcadia School were Tyler Hyatt, Janis Price and MaKayla Dixon.

Four youths were recognized during the banquet for their excellence and participation in the GREAT program. Students recognized were Charlie Hester, Nick Norris, A. Williams and Isabelle Meyers. Other students who were recognized but were not able to attend the banquet were Bobby Simmons, Erica Jiminez, Bobby Lee Lesane, DeVonte Johnson, Latasha Smith, and Simone Murchison.

“I want to share with you a story about a young man I know,” began Chief Parrish.

He said the young man briefly attended East Carolina University, but he was always broke and his grades weren’t that great. Chief Parrish said the young man had always had an eye for the North Carolina Highway Patrol and had dreamed of one day becoming a Trooper.

“At 19 years old he went to the Highway Patrol Office in Greenville,” said Chief Parrish.

Chief Parrish said the young man decided next to apply to the City of Greenville Police Department, but he didn’t get hired there either.

“He was very discouraged,” said Chief Parrish of the young man.

He said the young man didn’t give up, however, and he reapplied to the Highway Patrol. This time he had to go to the Employment Security Office to take a test. After taking the test, the young man learned that he had failed it. Chief Parrish said the young man begged for another chance to retake the test but eventually was told he didn’t get the job.

“The reason he felt he finally got hired is perseverance,” said Chief Parrish.  He said every time the young man had found a way to get past every obstacle that stood in his way.

Chief Parrish said the young man worked with the Highway Patrol for about 26 years.

“That young man now stands before you as Chief (of the Elizabethtown Police Department),” said Chief Parrish.

He also spoke of the qualities that the members of the Elizabethtown Police Department believe. They are loyalty, integrity and professionalism. He told the youth to loyal to everyone no matter what, to keep their moral compass going in the right direction and “do what is right.” Lastly, he told the youth to “act like a professional” and conduct themselves in a professional at all times.

“The point I’m trying to make is, we all hit stumbling blocks and obstacles. Don’t let that deter you. Don’t let anyone tell you, you can’t do it. I’m a prime example of perseverance. A good work ethic and perseverance will lead you to success,” said Chief Parrish.