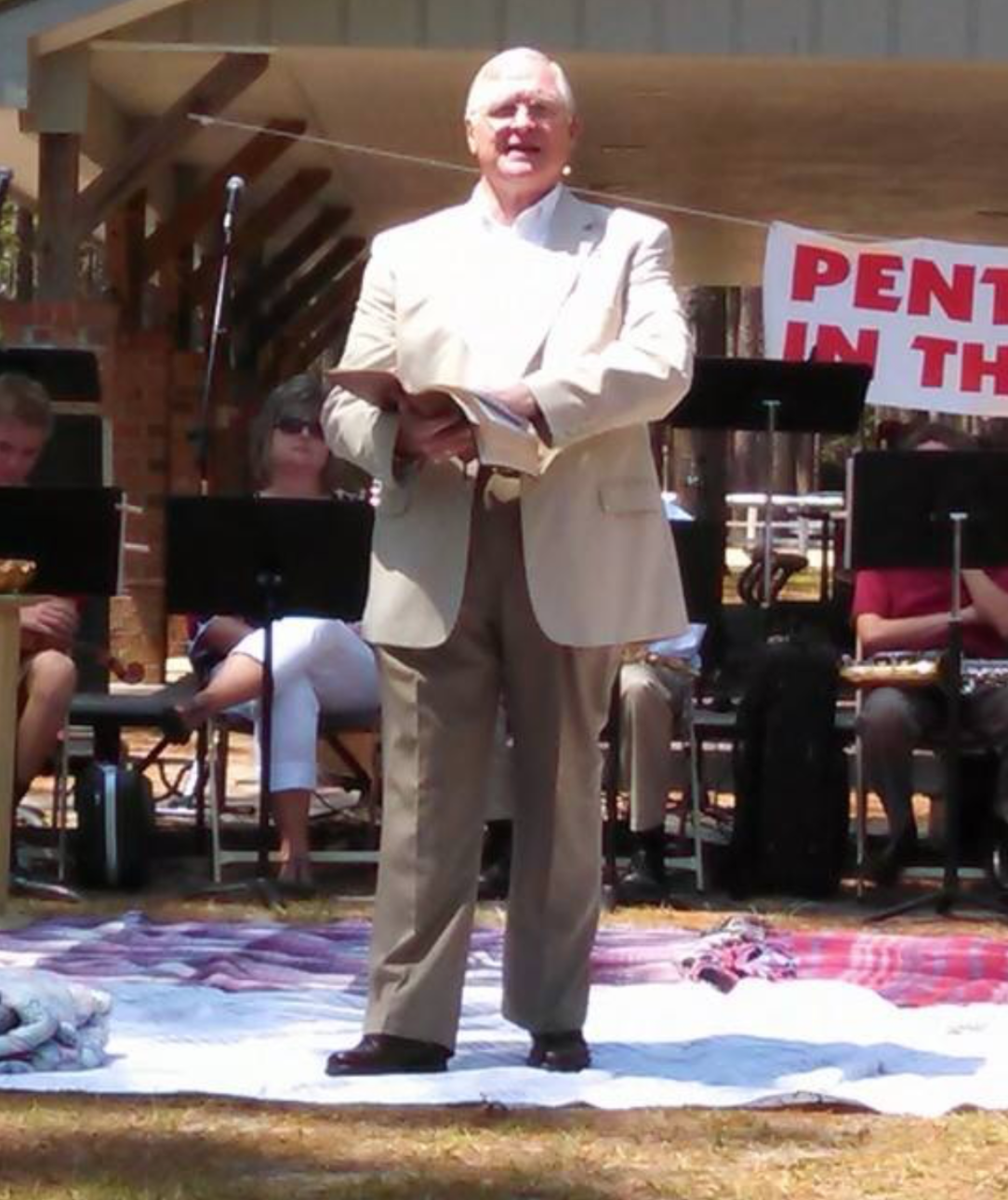 Reverend M. Francis Daniel is a native of Elizabethtown, a pastor, the son of Marvin and Juanita Daniel, and an athlete and graduate of Elizabethtown High School. Now, he has added the title of “author” to his list. Daniel explained, “Being a minister for 40+ years and writing sermons each week probably has a lot to do with me deciding to publish a book. I have always had a great interest in storytelling and was blessed to have relatives for whom storytelling came naturally.”

“In addition to my high school education, I have a Bachelors of Science degree from Pembroke State University and a Masters of Divinity degree from Southeastern Baptist Theological Seminary in Wake Forest, N.C.,” Daniel shared. Following his college education,  he entered the ministry of the United Methodist Church in 1978, and he has served a number of churches in eastern North Carolina since. He explained, “Officially, I retired from active ministry in 2019, although I have continued serving churches in an interim capacity. At present, I serve Grace United Methodist Church in Clinton. My wife, Gail, and I met in high school and now make our home in the Bay Tree Lakes community of the county. We have three children, five grandchildren, and one great grandchild.”

Upon realizing that stories he had told for years seemed to have faded, he decided it was time to write his stories down. And so came his first book, Stories of the Seasons, Reflections of Faith. Daniel stated, At the very least, I thought perhaps my children would be interested in having such a book. To my surprise, however, I discovered that many other people seemed to enjoy the book. I am now on my second printing of that book.”

Here is how he describes Stories of the Seasons, Reflections of Faith:

“It is simply a collection of original poetry and short stories, many of which are from true personal experiences which I have shared for years in my preaching and storytelling in general.”

The author then talked about his second book. He said, “The second book, The New Normal, was the result of the Covid Pandemic. At the time I was serving Seaside UMC in the Calabash community. Not being able to worship in person for an extended period of time, I began a daily video service on the books of 1 and 2 Timothy and Titus. In the process, someone said that they wished I had the work in writing as they would like to reflect upon it more. As a result, I decided to publish it and it has been well received. It is designed to be a supplemental devotional resource for people. The first book was originally published in 2007 and the second was published in 2020. They are available at compasspointcoaching.org.”

As an author whose style can be described as “narrative in nature,” he does have plans for more books in the future, however, he shared that finding time to write is not easy these days.

Lastly, Daniel shared, “Being published is something that has been on my list for many years, and it is exciting to have it cometo fruition. Of course, as a pastor I have written many things over the years, a few of which were published such as sermons and poems. I believe it comes from being a storyteller at heart. Some of my writing has also taken the form of songs which have been placed on Spotify, iTunes, and Facebook. They can be found under my name. Their titles are Celebrate the Teacher, Love Will Keep Us Strong, and Make Me New Again.”