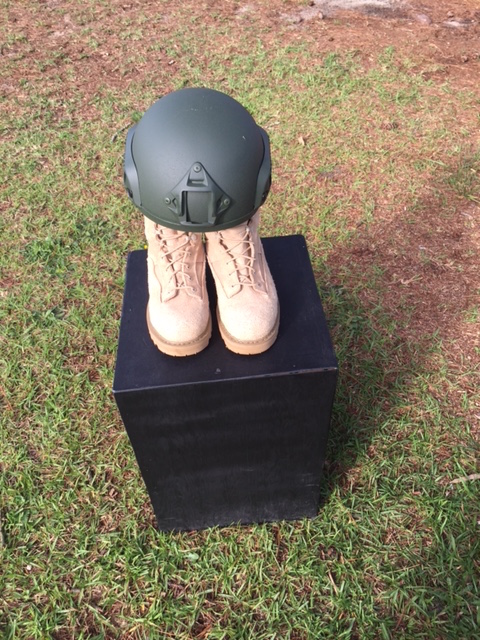 The Paul R. Brown Leadership Academy  held a Memorial Day parade on Wednesday morning on the parade grounds of the school to honor the memory of those who served their country and paid with the ultimate sacrifice.

A small crowd of parents, grandparents and veterans gathered to watch the parade and ceremony.

When asked what Memorial Day means to them Veterans Robert Autry, James McDowell, and Charles Wright paused a moment and gave it some thought.

“Well, it means a whole lot,” said James McDowell who served in the Korean War.

“The ones who didn’t make it back, I think about them,” said Charles Wright who served in the Vietnam  War.

All three, along with PBLA Headmaster Roland McKoy reviewed the Cadets.

The ceremony included the sound off, the adjutant call, drill maneuvers and presentation of the colors.

The drills were followed by the presentation of the colors and the playing of the national anthem.

The purpose of the ceremony was to pay homage to fallen service members.

In May 1966, the city of Waterloo,  New York was established as being the first place to celebrate Memorial Day. It began in 1865 as Decoration Day.

Gen. John D Murray promoted the idea and plans were eventually developed for a more complete celebration. Decoration Day was a time when folks would decorate the graves of Confederate and Union soldiers who lost their lives in the Civil War.

Wednesday’s ceremony was ended with a 21 gun salute and the playing of Taps and Amazing Grace. A final passing review closed out the ceremony.