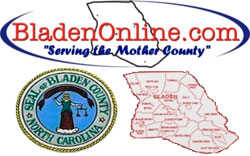 A collision between a pedestrian and a motor vehicle resulted in a fatality on Wednesday night.

Kyasia Hayes, 16, was struck killed as she and several others were walking east along Broad Street in the vicinity of Danaher, Lt. Mark McMichael.

He said there were several individuals walking with the flow of traffic and the driver struck Hayes. He said the driver then turned around to see what had happened and called 911.

He said Hayes died as a result of the impact.

Lt. McMichael said the incident was not a hit and run and no charges have been filed.