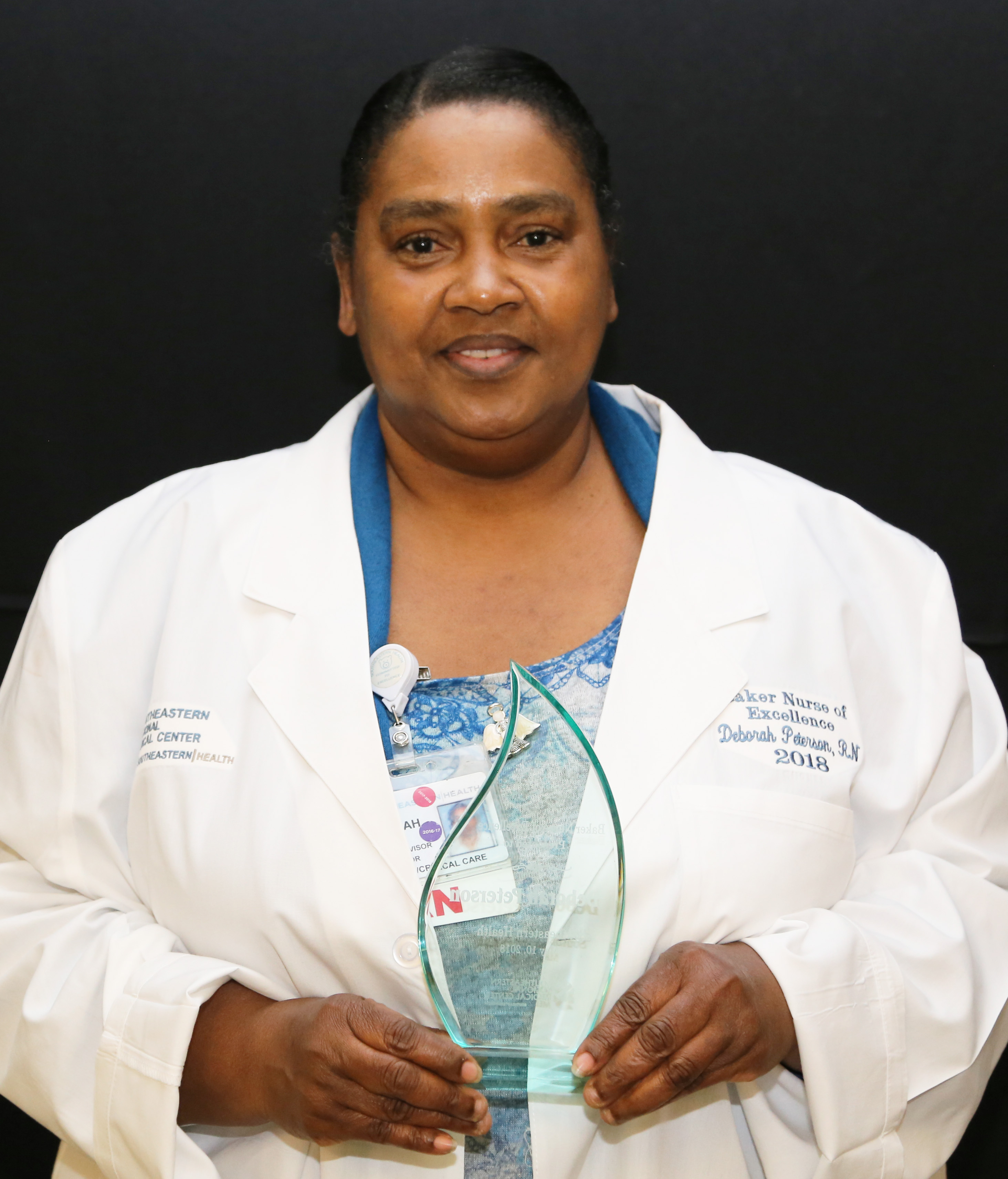 “I have never had the honor and privilege to work with someone as thoughtful as Mrs. Deborah who truly sacrifices herself each and every day for others,” wrote SRMC Third Bed Tower Manager Magenta Smith in Peterson’s nomination application. “She is completely involved with the operations and functions of 3BT and staff admire her dedication, loyalty, and commitment to being the best. She exemplifies excellence in all measures and would be an excellent Baker Nurse of Excellence!”

Peterson and her husband, Kenneth Peterson, live in Bladenboro and have one son, Shannon Hines, and one grandson, DaShawn Hines. She has worked for SeHealth for 15 years.

“I dedicate this award to my parents, the late Mr. Walter and Mrs. Lena Hines, who were so caring and instrumental in their community,” said Peterson.

In addition to Peterson, three other 2018 finalist nominees were: Vernida Baldwin, Ousman Ceesay and Lakeita Gause. The winner was selected by a panel based on nomination applications submitted by peers as well as interviews. Past Baker winners are Sharon Smith, 2017; Cynthia Kinlaw, 2016; Tammy McDuffie, 2015; and Elizabeth Moore, 2014.

The Baker Nurse of Excellence award, formerly known as the Nurse of the Year, was renamed in 2014 in honor of Dr. Horace Baker, Sr., founder of the Baker Sanatorium which later merged with Thompson Hospital to form what was known as the Baker-Thompson Memorial Hospital in Lumberton in 1946. These two older facilities were replaced by a new 140-bed hospital known as Robeson County Memorial Hospital in 1953 which later became Southeastern Regional Medical Center. The overall organization was renamed Southeastern Health in 2013 but the medical center retained the Southeastern Regional Medical Center name.