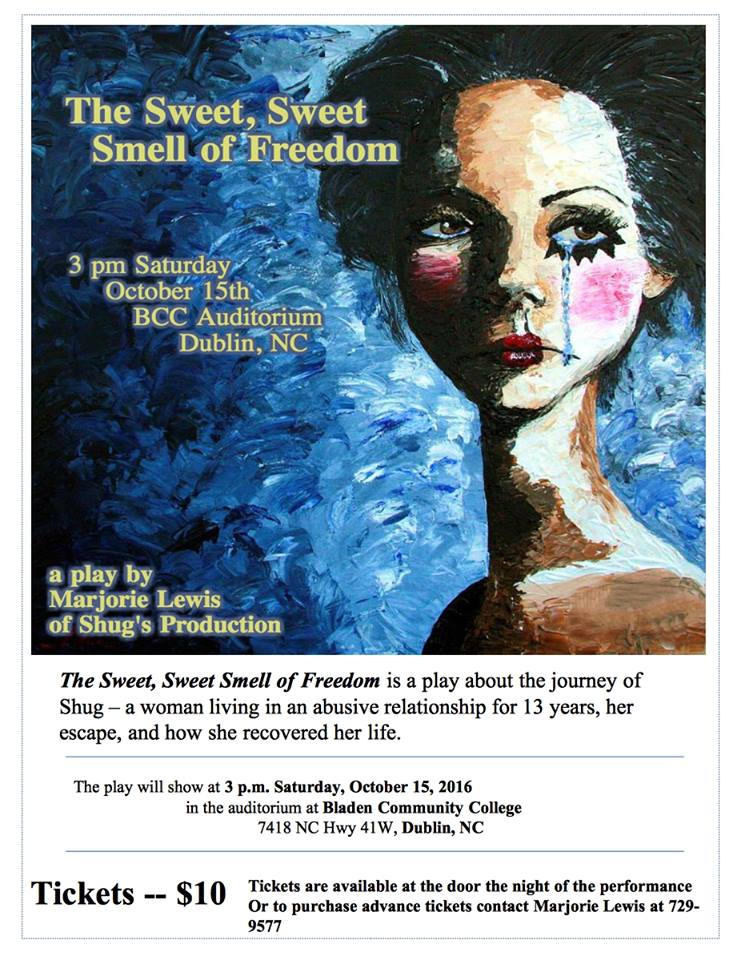 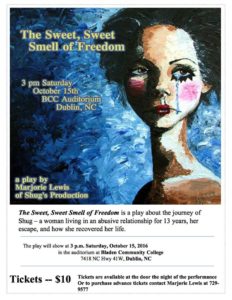 Marjorie Lewis has penned a play that takes a biographical look at her life as a victim of domestic violence. The play is titled, “The Sweet, Sweet Smell of Freedom,” and will be performed at 3 p.m. on Saturday, January 7, at the Bladen Community College Auditorium.

Tickets for the play are $10 each and can be purchased at the door or from Lewis. Door prizes will also be awarded during the show.

When asked about the play, Lewis said, “It’s about my life and living with domestic violence for 13 years.”

The play is based on Lewis’ books Pain No More and Pain No More, Too. She said while the play deals with a topic of a very serious nature, there are also humorous moments captured in the play as well.

“Bring your tissues so you can cry and so you can laugh at the same time,” said Lewis.

Emily Wallace of Hope Mills will serve as emcee of the show.  Rick Bucy plays the role of a law enforcement officer, and Alice McDuffie of Monroe also makes an appearance. Reginald Thomas  also performs in the play.