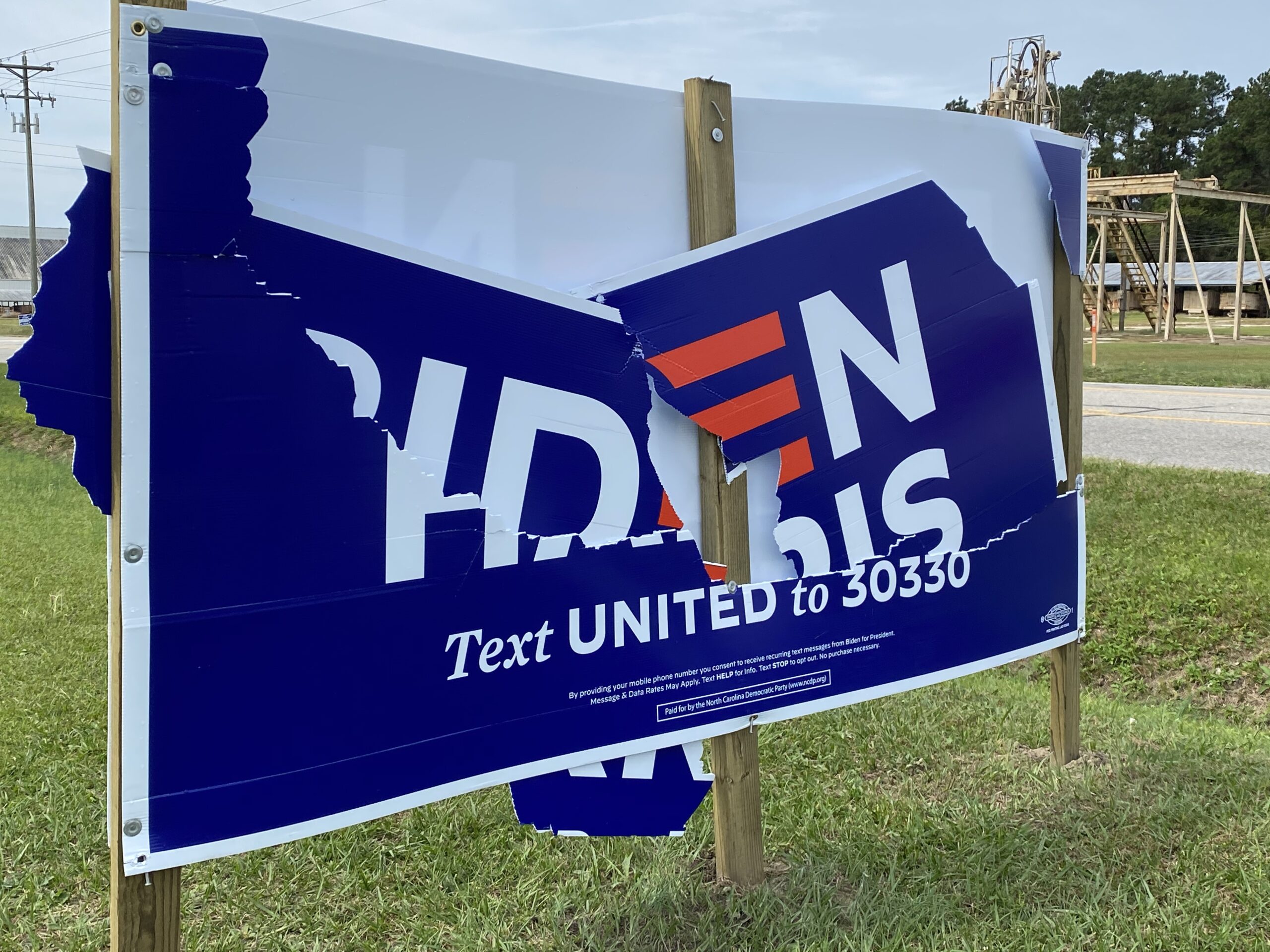 Political Signs Bring Out the Criminals

In August, Bladen County Sheriff Jim McVicker reminded everyone it is a crime to damage or remove political signs. That has not stopped the law from being broken this political season. 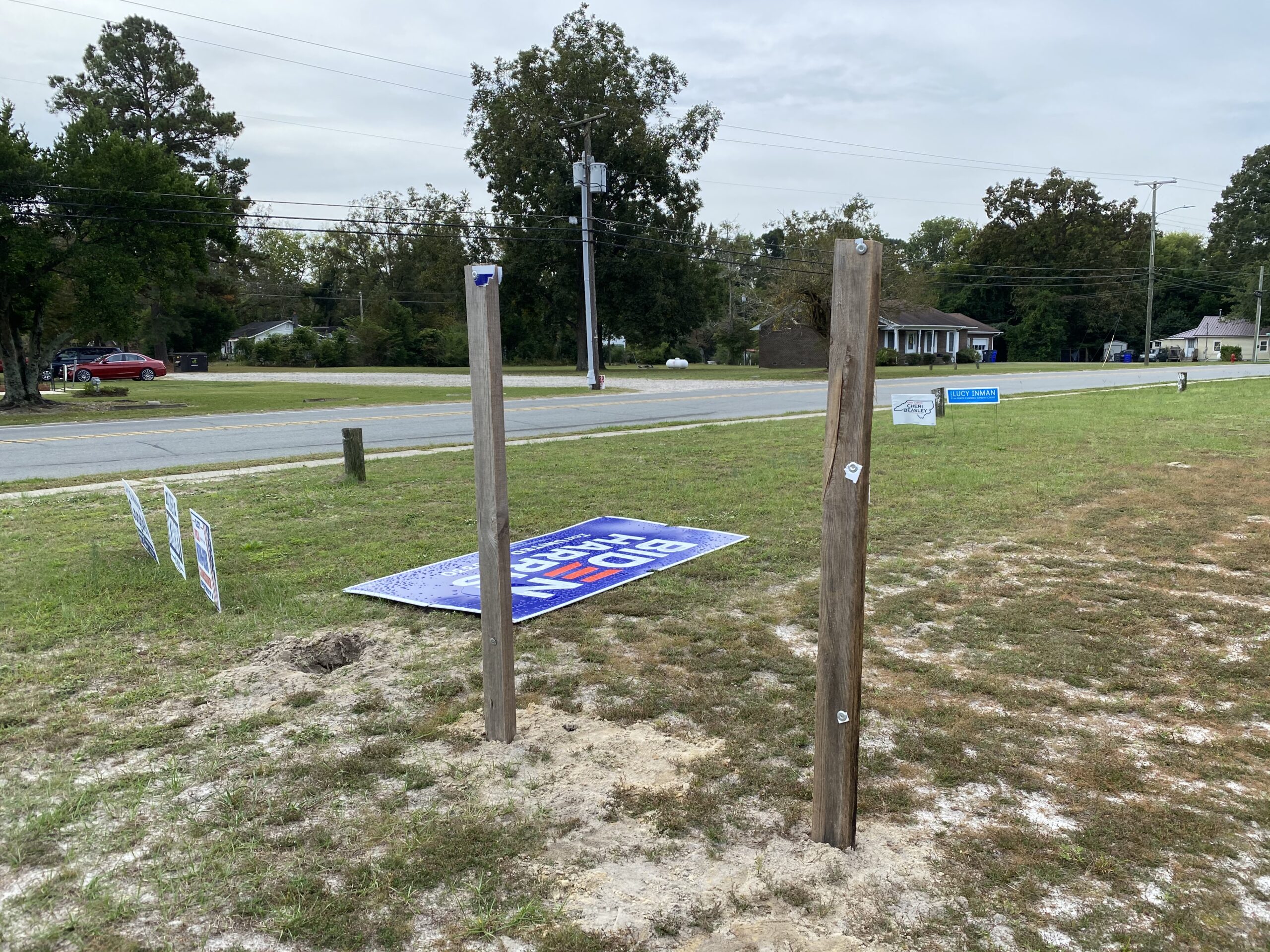 Saturday, Bladen County Commissioner Michael Cogdell reported signs for the democratic presidential candidate, Joe Biden, and his running mate for Vice President, Kamala Harris, had been vandalized. According to Mr. Cogdell this is the third time he has had to replace and or repair the signs.

He said, “This needs to stop!”

The signs that have been damaged are in Elizabethtown, located on Martin Luther King Drive, on Peanut Plant Road, and Highway 701. 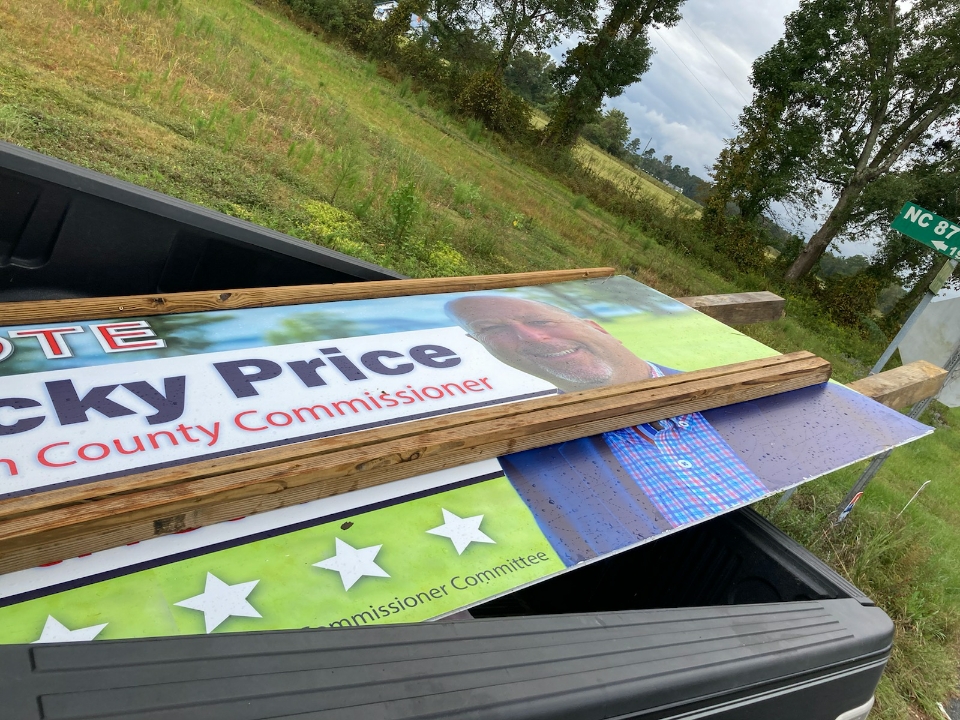 Democratic signs are not the only ones being damaged or stolen. Some citizens campaigning for President Donald Trump have reported their signs being stolen within a matter of minutes after being erected.

Also, one local Candidate, Ricky Price, running for Bladen County Commissioner in District 1, reported his signs in the East Arcadia and Clarkton areas had been vandalized. 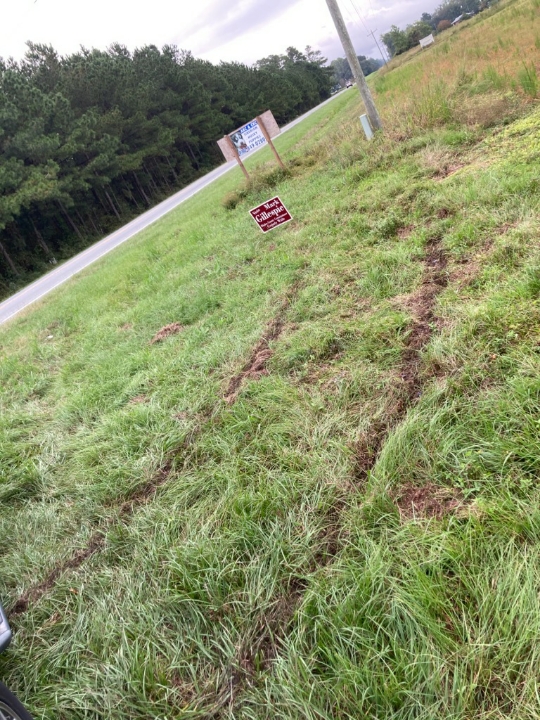 He explained one of his 4×8 campaign signs in the East Arcadia area had been damaged by what appeared to be a vehicle. According to Mr. Price, the campaign sign he has in Clarkton continues to be knocked down.

BladenOnline tried to reach Mr. Price’s opponent for the district one seat, Dr. Ophelia Munn-Goins, who lives in the East Arcadia area. BladenOnline wanted to inquire if any other signs in the area had been damaged. At the time of publication, we have not received a return phone call from Dr. Munn-Goins.

North Carolina General Statute 136-32 (e) covers penalties for unlawful removal of signs. It is a Class 3 misdemeanor for a person to steal, deface, vandalize, or unlawfully remove a political sign that is lawfully placed.

Anyone may report crimes in Clarkton, East Arcadia, and other Bladen County areas to the Sheriff’s Office. Contact the office at (910) 862-6960.

Theft or Damage to Political Signs