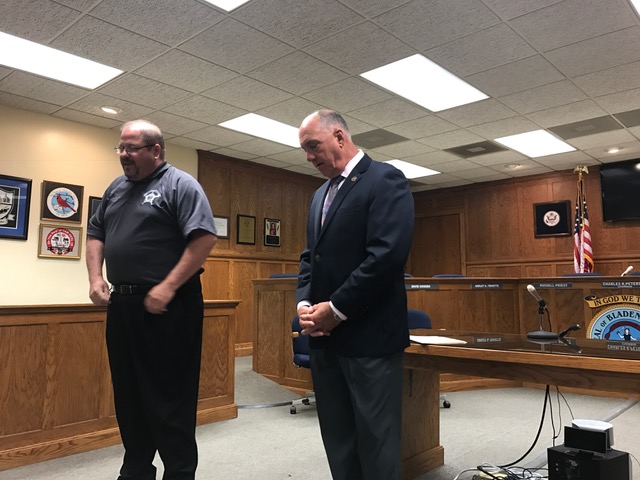 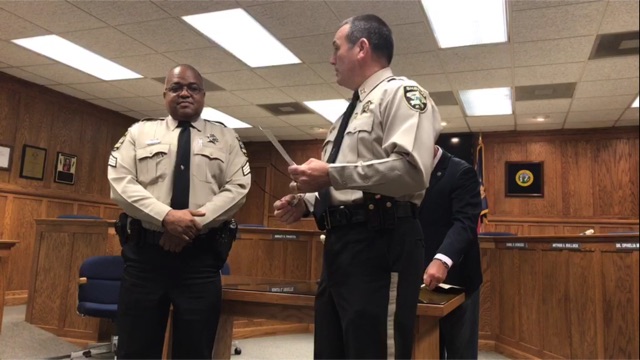 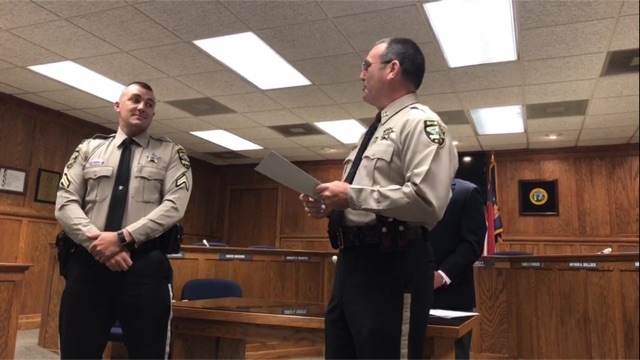 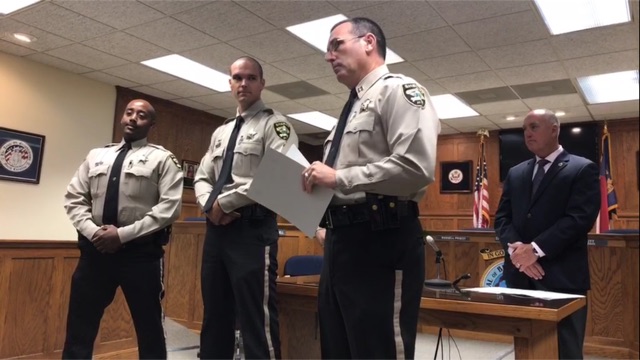 The Sheriff’s Office has reported high turn over and the need for new staff recently. This week the topic of staffing at the local law enforcement office continues to be a popular topic.

The Bladen County Board of Commissioners approved the request on Monday evening for five additional positions for the new detention and law enforcement center needs. Wednesday a special ceremony was held at the court house for five promotions at the Sheriff’s Office.

Andrew Bronell Powell was promoted to the rank of First Sergeant. Powell was praised by Bladen County Sheriff Jim McVicker and Captain Jeff Bridgers at the time of his promotion because of his leadership and the outstanding example he sets for others.

Donnie Mitchell Williamson was mentioned as being promoted to the rank of Sergeant. Captain Bridgers noted Williamson was at a training and was not allowed to leave the training for the promotion ceremony.

Next up for the rank of Sergeant promotion was Daniel Matt Clark. Clark was praised for his work and dedication with the Sheriff’s K-9, Jax.

Last but not least, Tramain Marquel Harvey and Robert Spencer Bryant were both promoted to the rank of Corporal. Both were acknowledged for their years of service and thanked for their continued work with the Sheriff’s Office.

Chaplin Warren Hill blessed the services. A reception was held after the ceremony for those in attendance to celebrate the promotions.
Like us on Facebook to watch the video of the ceremony BladenOnline.com filmed live.