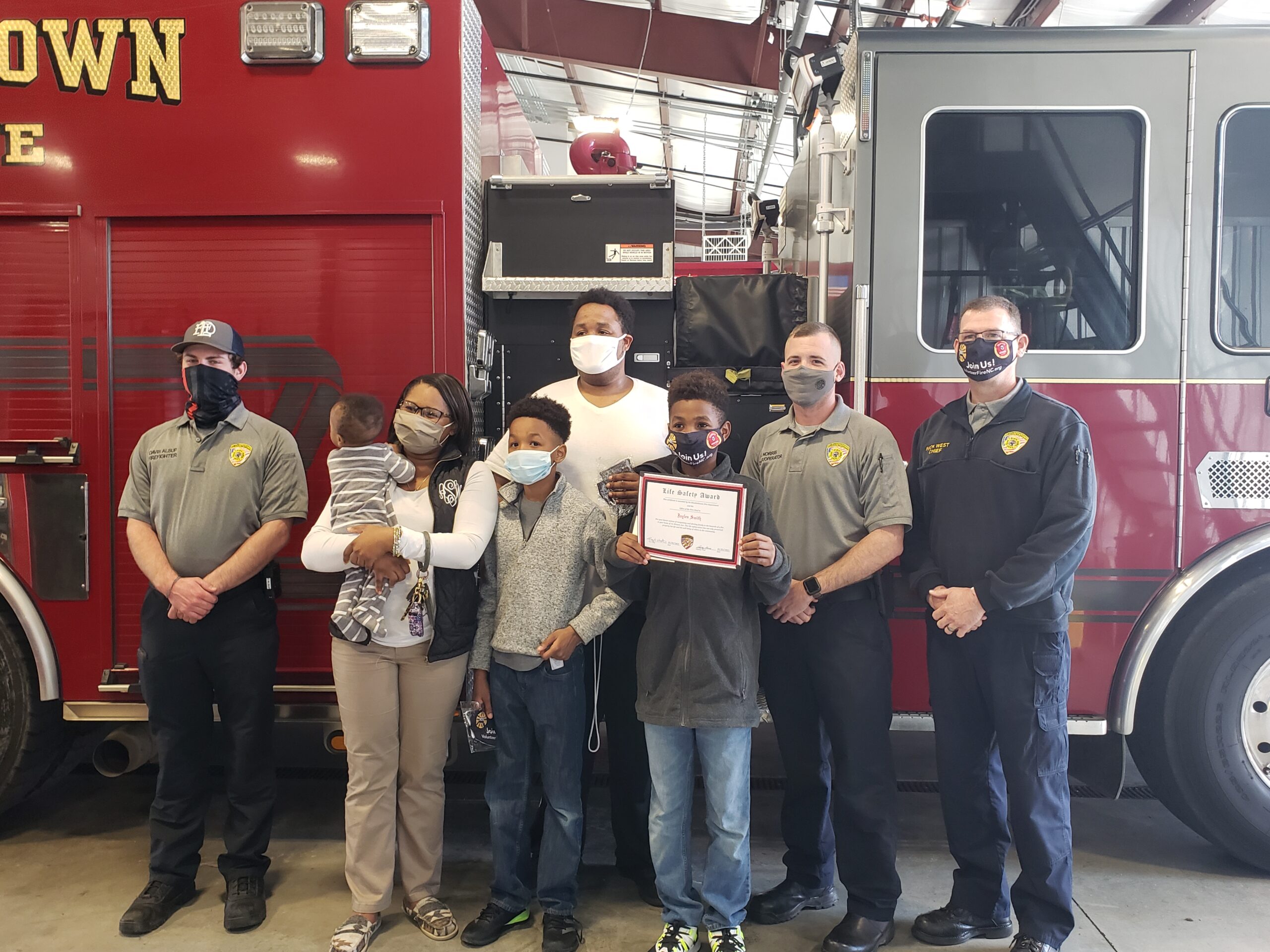 Town of Elizabethtown Fire Chief Nick West recognized a youngster from Elizabethtown for his quick thinking after noticing smoke in his home on Tuesday, January 5, 2021.

According to Chief West, Jayden Smith quickly got his family out of the house and called 911 and his mother after he saw a small fire started at the dryer in his home. The fire in the home was extinguished before the fire department arrived on the scene.

Chief West presented Jayden with an award certificate and a challenge coin for his quick thinking.

He said, “Jayden did a great job.”

Seen here are Jayden Smith (11), his parents, Montreal and Ashley Smith, and his two little brothers with Chief West and firefighters Jonathan Norris and Davis Alsup.