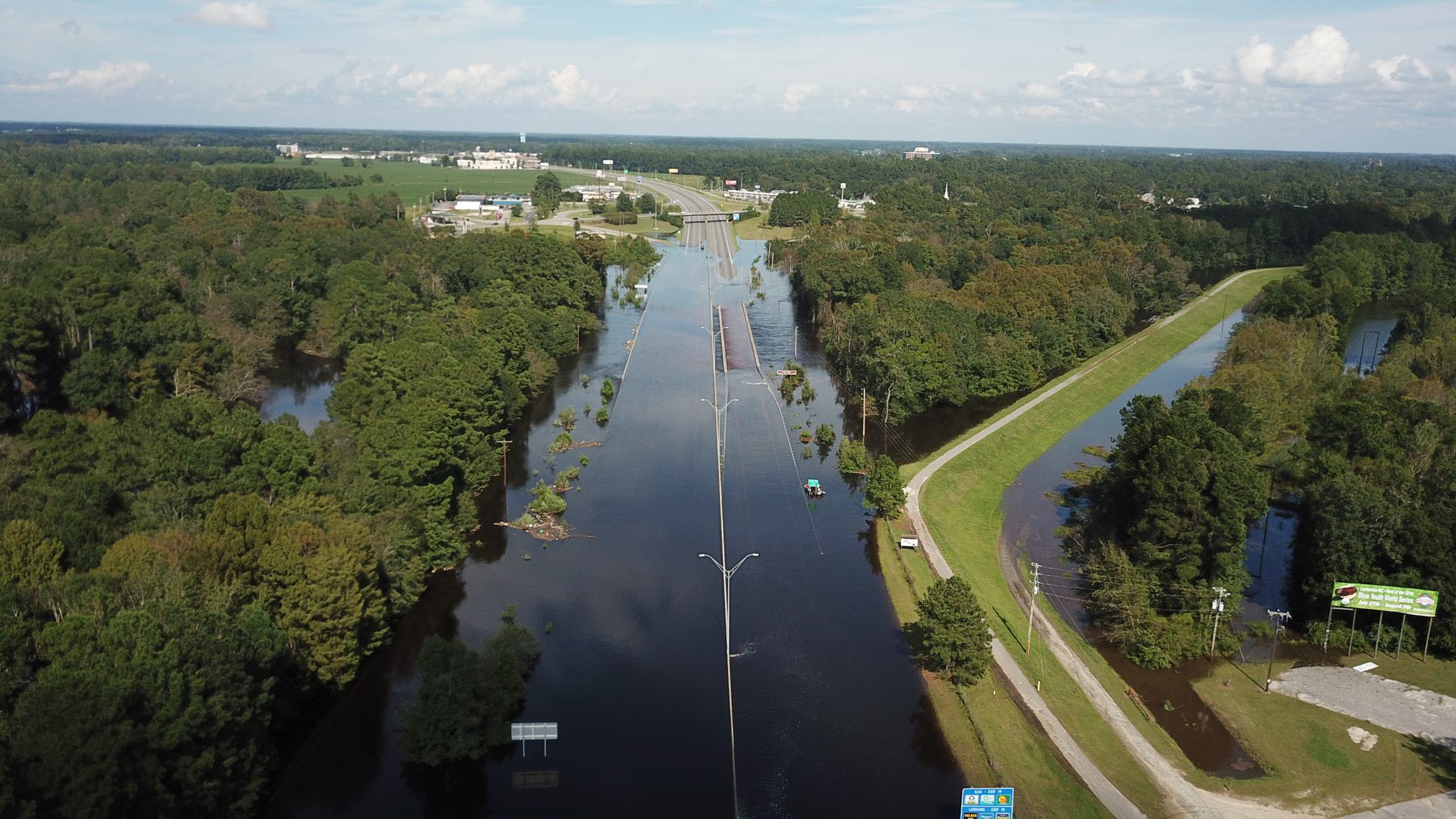 FAYETTEVILLE – At 6:40 p.m. on Sunday, Debroah Leonard’s phone lit up with an urgent text message: “Division 6 is mobilizing to open I-95.”

Leonard is the safety engineer for the N.C. Department of Transportation’s Division 4 based in Wilson. She quickly assembled about 30 division employees from  Nash and Johnston counties to help the Fayetteville-based Division 6 office reopen more than 100 miles of Interstate 95 that had been closed for almost a week due to flooding in the wake of Hurricane Florence.

NCDOT workers and a contracting crew had completed repairs on I-95 by 7 p.m. Sunday – about three days faster than expected. After the floodwaters receded, they injected a polyurethane-type foam that hardens into holes drilled into the pavement near two flooded bridges at the Lumber River and Black River to stabilize the ground underneath the road. The department has used this process after previous hurricanes. It’s a fast-acting, stabilizing material that makes a permanent repair to holes that form under the roadway.

State transportation officials were urgently trying to reopen I-95, a major artery for North Carolina and on the East Coast. During the hurricane, I-95 traffic was being retoured into western North Carolina, a long detour.

With dusk settling in on Sunday, the two divisions scrambled with 80 employees combined to remove about 100 barricades, 500 cones, 600 drums and other equipment strung along the freeway between exit 13 in Lumberton and exit 138 in Rocky Mount.

The task required coordination, not just among the two highway divisions, but neighboring states South Carolina and Virginia that were warning travelers of the I-95 detour in North Carolina. The department also coordinated with the State Highway Patrol, the N.C. Division of Motor Vehicles’ License and Theft Bureau, the Statewide Transportation Operations Center in Raleigh and local officials to manage traffic while the highway was closed and when it was reopened.

“You can’t just wave your magic wand and say, “It’s open,” Leonard said. “And we couldn’t open our end first and push all that traffic into Division 6, if they weren’t ready.”

Employees for highway maintenance, traffic services and bridge maintenance pulled off the feat,reopening I-95 at 10:27 p.m. on Sunday, Sept. 23.

And by the following day, another major corridor resumed normal traffic. As soon as floodwaters receded on I-40,  NCDOT had contractors on the scene to patch and repave sections of the interstate that had been damaged.

The department’s chief engineer, Tim Little, said workers had been on standby to begin inspections and repairs on both interstates. “They were going back and forth to areas that had already been opened,” Little said. “They were continuously checking on 95 and 40.”

Statewide, the number of road closures Thursday morning was down to below 300, from a peak of about 1,600 shortly after the storm. NCDOT is working to have all roads repaired and open to traffic as quickly as possible.