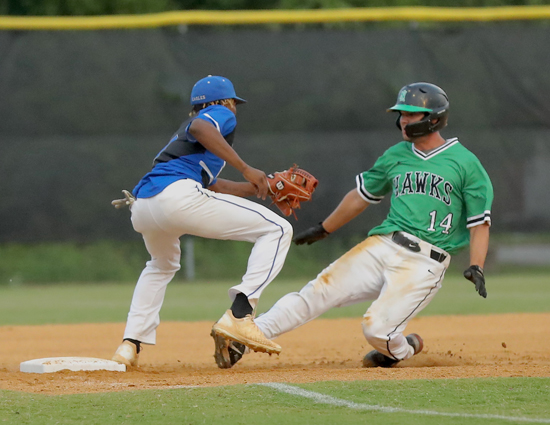 Randleman won the Eastern 2A title in 2019 and have reached at least the 4th round of the playoffs every year since 2010. Coach Jake Smith’s Tigers rolled to the Pac-7 Conference title with a 12-0 record and are 16-1 overall, losing only a 1-0 non-conference decision to Mid-Piedmont 3A champion Asheboro.

The Tigers average over 10 runs a game and have allowed only 9 runs in 17 games. They feature 3 solid pitchers in senior Andrew Cox, junior Ryan White and freshman left-hander Drake Purvis.

Coach Grant Pait’s Eagles, now 12-4, are on a 5-game winning streak and have won 10 of their last 11 games. Senior Zach Meares lowered his earned run average to 0.16 with his shutout of North Lenoir Saturday night as the Eagles advanced to the finals with a 5-0 victory.