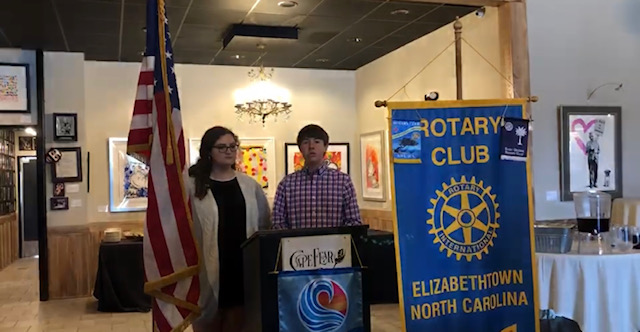 The Elizabethtown Rotary Club heard from more than one speaker on Wednesday. Two worthy causes were brought to the local civic club, both with goals in mind.

Peyton Fell and Jackson Bostic from East Bladen High School Beta Club preformed  the National Anthem to open the meeting. The two announced their efforts of raising money to go to the National Beta Club Convention held in Oklahoma City, OK in June 2019.

Peyton and Jackson will be performing at a Beta Showcase alongside of West Bladen, and Emereau Bladen held at Elizabethtown Presbyterian Church on March 16th at 6pm. They are selling tickets for $10. Tickets will include: dinner, a silent auction, and a show according to Peyton. All profits from the two’s ticket sales will be given to the East Bladen Beta Club in order to help with the traveling expenses to the national competition. Anyone interested in attending the Showcase, please let either student know or drop off your donation at East Bladen High School earmarked for National Beta Club funds. 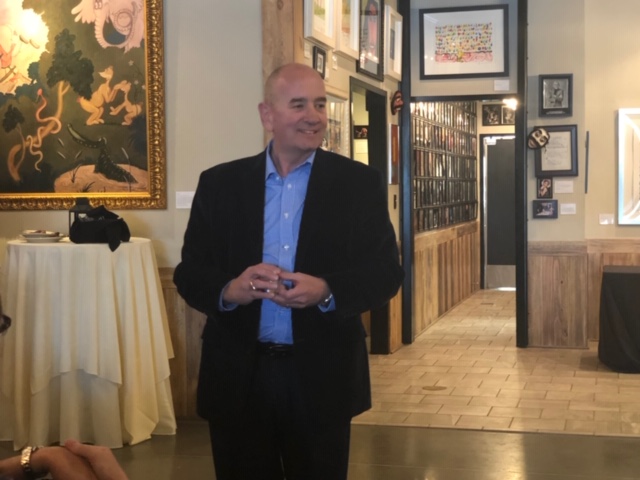 We teach drug awareness, prevention and total abstinence through Jesus Christ and the truths of the Bible, Barrow explained. There is also a renewal program offered for those who have completed the program in the past. The program is to help those who may have lost sight of Biblical teachings due to whatever circumstances have occurred in their lives.

Currently the facility is at capacity, however Carolina Crossroads offers two basic ways to apply. You may, at any time, call (910) 549-8487 or you may apply online. There website is: https://secarolinacrossroads.com/our-program