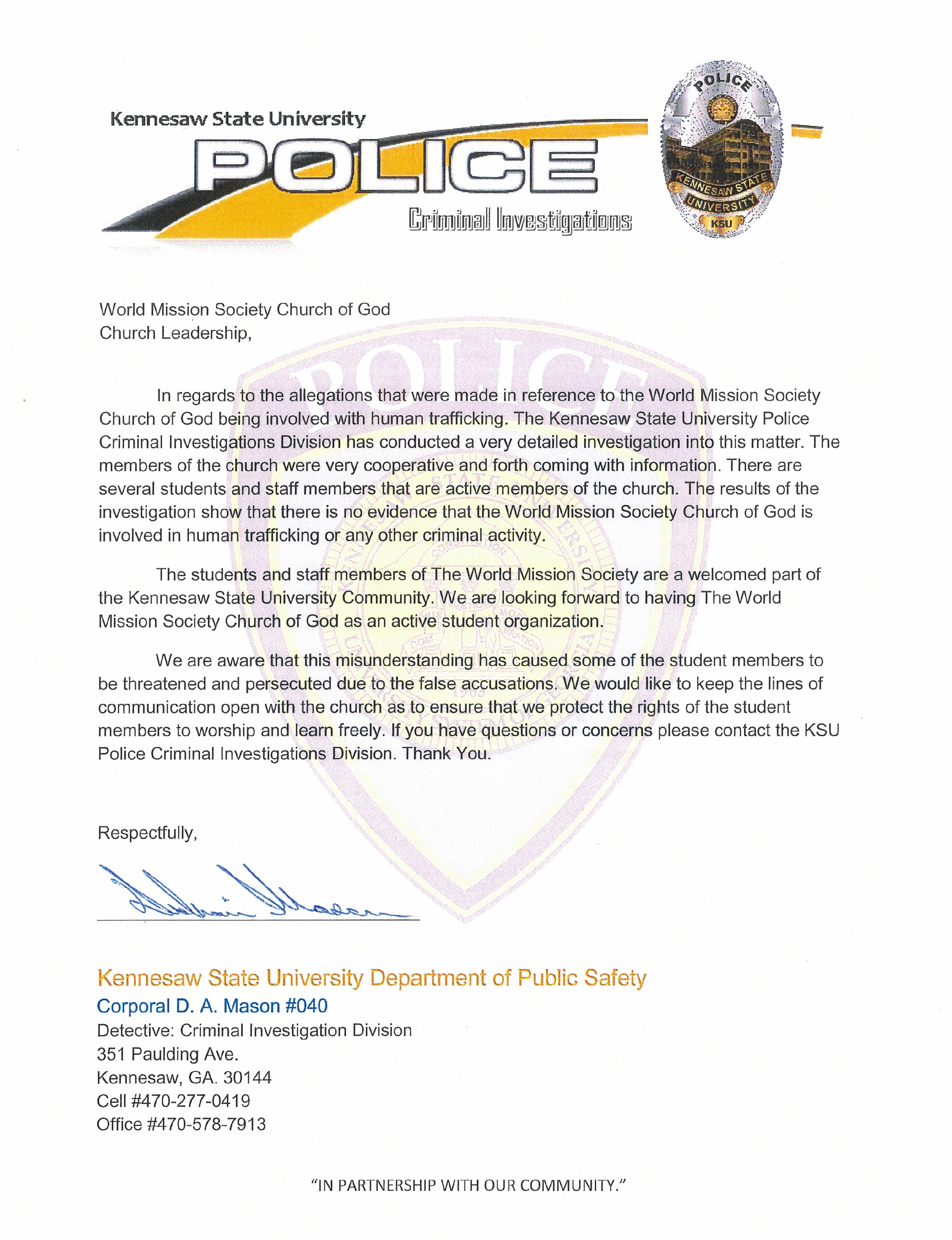 Rebuttal to our article: Tips to protect against sex trafficking after woman was approached in Fayetteville

To whom it may concern: 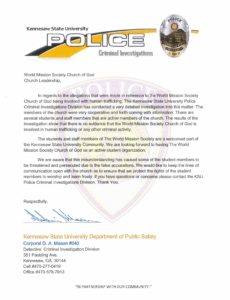 Recently came across the Bladeonline article entitled, Tips to protect against sex trafficking after woman was approached in Fayetteville. I was shocked and appalled to the see the core of my faith—the existence of God the Mother—associated with an act as horrific as human trafficking. As a member and missionary of the World Mission Society Church of God, I’d like to clarify the misinformation that was written in that article and, hopefully, reverse some of the potential damage the article may have caused.

Because the Church of God teaches about the love of God the Mother, in addition to God the Father, the church has established more than 7,700 locations in more than 175 countries in less than 55 years. The Church of God has been reported to be the fastest growing church in the world. Members include people of all races, nationalities, and socioeconomic backgrounds, and, yes, all ages. As it turns out, the young adult members seem to have the most vibrant faith and are always excited to share the amazing truth about God the Mother with everyone, including other students on campus. Unfortunately, this expression of faith has recently been warped into a heinous and illegal criminal activity: human trafficking.

A malicious rumor started on social media saying the Church of God is a cult that engages in human trafficking. Numerous posts on Facebook and Twitter advised friends and followers to immediately report Church of God members to local authorities. There were instances where users even encouraged their audience to attack members with pepper spray, physically assault them, and even shoot them.

This rumor has spread like wildfire, with posts and tweets being liked, shared and retweeted over and over again. I support concerned citizens warning each other against harm and even potential harm, however, these posts and tweets were all false accusations that lacked merit, truth and evidence.

Of course, I realize the ones re-posting and re-tweeting the warnings of human trafficking think they are doing good. But because their information is false, they do not realize the consequences of their actions. Innocent members of the Church of God have already experienced harassing phone calls day and night, and some have even received death threats. In this letter, I ask that all readers do their due diligence before sharing information that others may take as fact—and even act on it.

Similar situations took place in Kentucky and Mississippi. Even though our members who attend these universities have established legitimate, university-approved Bible study clubs, local authorities were brought in to determine the veracity of the human trafficking allegations. Police investigators and news outlets confirmed there was no evidence of criminal activity; they thought it was unfortunate that an organization looking to expand its membership and conducting community outreach is being wrongfully accused of such a detestable and heinous crime.

of God, I’d like to clarify the misinformation that was written in that article and, hopefully, reverse some of the potential damage the article may have caused.

As a result of these accusations, I’ve reached out to human trafficking experts and law enforcement agents to get their take on the situation. They expressed that these rumors actually hinder the cause, not help. While real human traffickers are using different techniques to get their victims, this rumor has created a false awareness that sends people in the wrong direction. It now links the religious beliefs of 2.7 million people to human trafficking. And the title of the Bladeonline article I referenced continues to do just that.

What’s more, it’s only until after people who meet our members see headlines, articles and posts about so-called human trafficking that they describe their experience as negative. Although most of the interactions with our members are pleasant, when people hear such horrible news and reflect back, they rethink their experience and consider it suspicious. The church has been around for nearly 55 years, operating in the same manner, yet this is the first time we’ve had issues or incidences of this nature.

Finally, I’d like to provide concrete evidence that the World Mission Society Church of God does not conduct human trafficking. In 2016, the Church of God received the highest award for volunteerism from Queen Elizabeth II—the Queen’s Award for Voluntary Service. The church had to go through a rigorous nomination and selection process to receive this prestigious award. For three years, members of a three-layered panel, including the Queen herself, evaluated the church and its activities. The church received the title of Most Excellent Order of the British Empire (MBE), a title that cannot be grated to a criminal organization.

The Church of God has received awards and recognitions from numerous organizations and governments. In the United States, the Church of God has received the President’s Call to Service Award four times in the past decade, which include disaster relief efforts in the aftermath of hurricanes Sandy, Harvey, Irma, and Maria, which left cities, homes and families devastated. These positive contributions have led to a partnership with the United Nations to collaborate and spark global efforts of volunteerism and global sustainability among the youth. We also have 1,200 members of our congregation CERT (Community Emergency Response Team) Trained and ready to assist as first responders in any type of emergency that may arise.

In the attached article the following paragraph can be found:

We ask for a retraction and/or correction of the story. We have also spoken to local authorities and sought legal advice on what remedies can be sought to correct this wrong. We truly appreciate your time and immediate attention to this matter, and we hope you can assist us in clearing up this issue.  Here are some links to articles that already looked into the matter and have shown the rumor of human trafficking to be false:

Lastly, here are a few links about the contributions and the history of our Church:

Thank you in advance for the attention given to this email. We greatly concern for the safety of our church members who could be in harm’s way because of this false report.