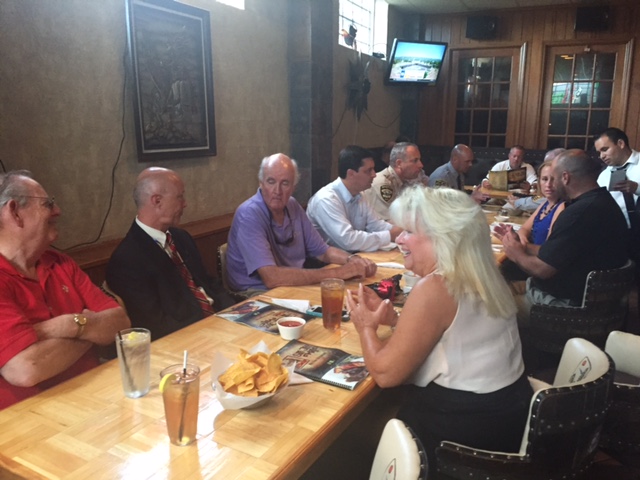 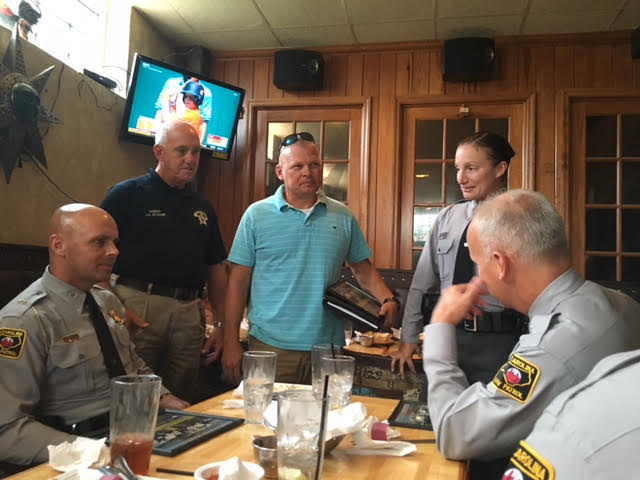 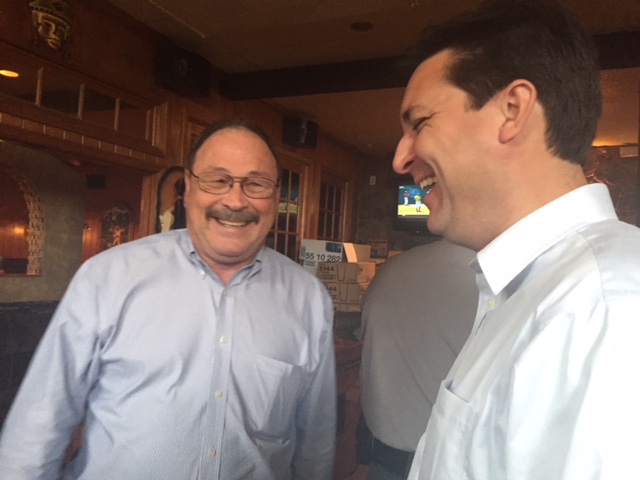 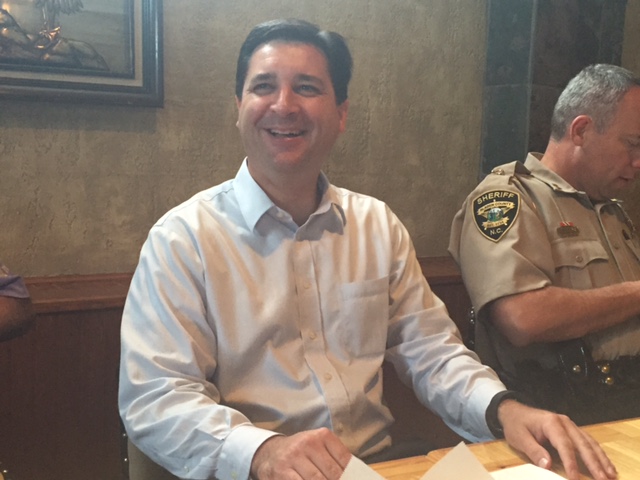 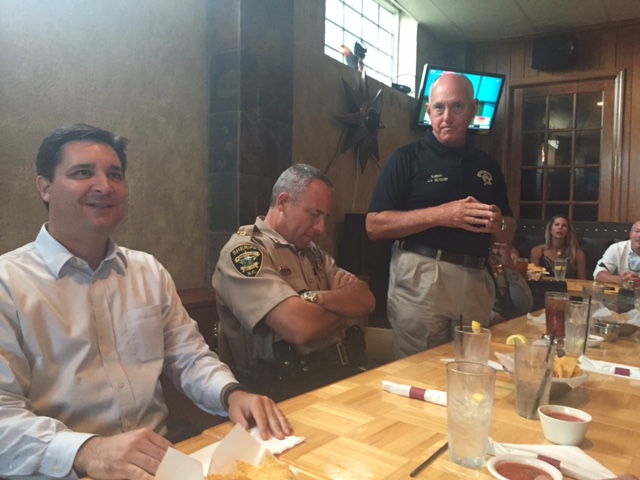 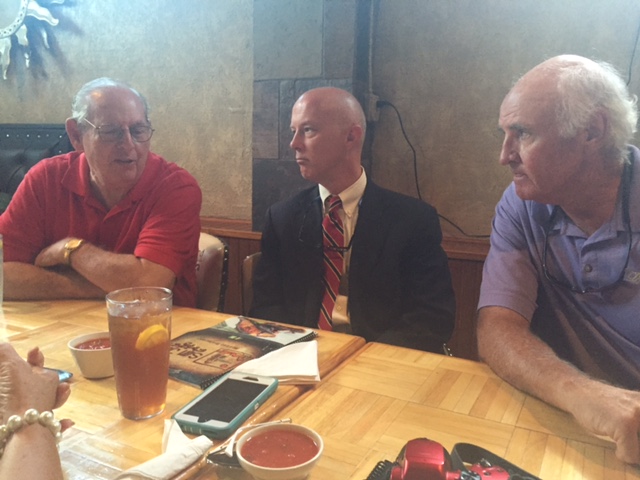 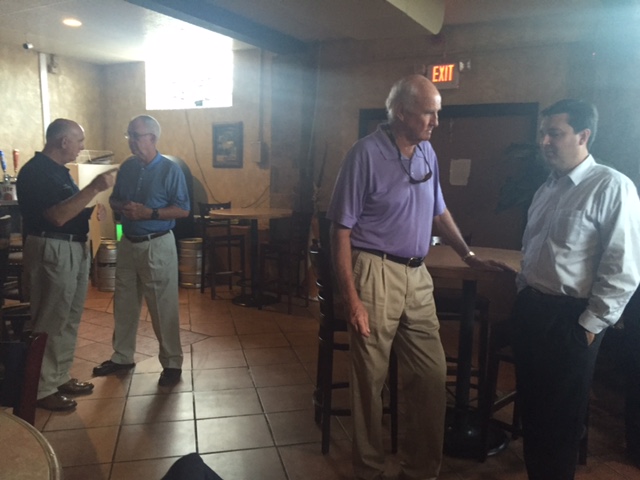 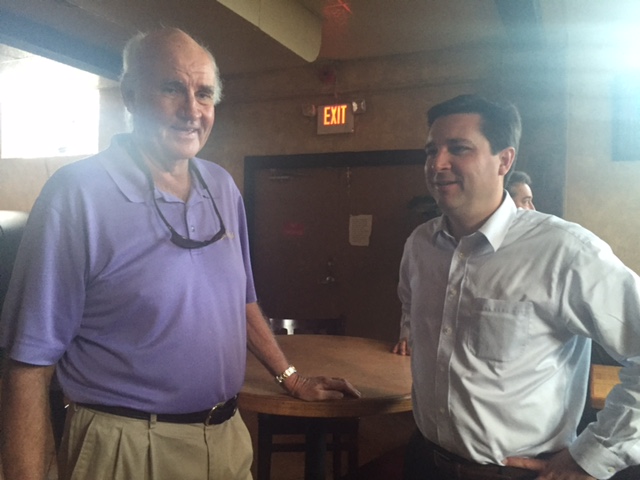 U. S. House Rep. David Rouzer paid Bladen County a visit on Tuesday morning and stopped for lunch with constituents at San Jose Restaurant in Elizabethtown.

Rouzer welcomed those who were present including members of law enforcement, farmers and business leaders.

He recognized the members of law enforcement who were in attendance and thanked them for their service.

Rouzer also recognized Ashley Trivette who is seeking election to the Bladen County Commissioner District 3 seat. Trivette introduce herself to those in attendance. She is the owner of Healthworks Fitness, is married to Tracey Trivette, who serves on the White Lake Board of Commissioners, and they have three daughters.

During the meeting, Rep. Rouzer discussed the state of Obamacare and the Farm Bill among other topics.

He began his remarks by reassuring those present that even with the new configuration of the 7th Congressional District, Bladen County is still first and foremost in his heart.

He also reminded those present that he is on the ballot in November. He is facing some opposition from Dem. J. Wesley Casteen.

He also entertained questions form those in attendance.  Chris Barnhill, a local blueberry farmer, asked Rep. Rouzer about elements of the Food Safety Modernization Act. The act was signed into law by President Obama in January 2011 and is aimed at ensuring the safety of the food supply by attempting to prevent contamination before it occurs.

Barnhill asked how much input the farmers will have with the implementation process of the Act. Rep. Rouzer said that the legislation in question had been adopted prior to taking office.

Barnhill added that Farm Bureau has been gathering information from farmers regarding the legislation. He asked if the farmers will be made to do special audits or will the audits they already perform be satisfactory for the new law.

Rep. Rouzer said there are two ways Congress can have influence over the implementation process. One is through congressional hearings and the other is through the appropriations process whereby they can attach riders to an appropriation bill.