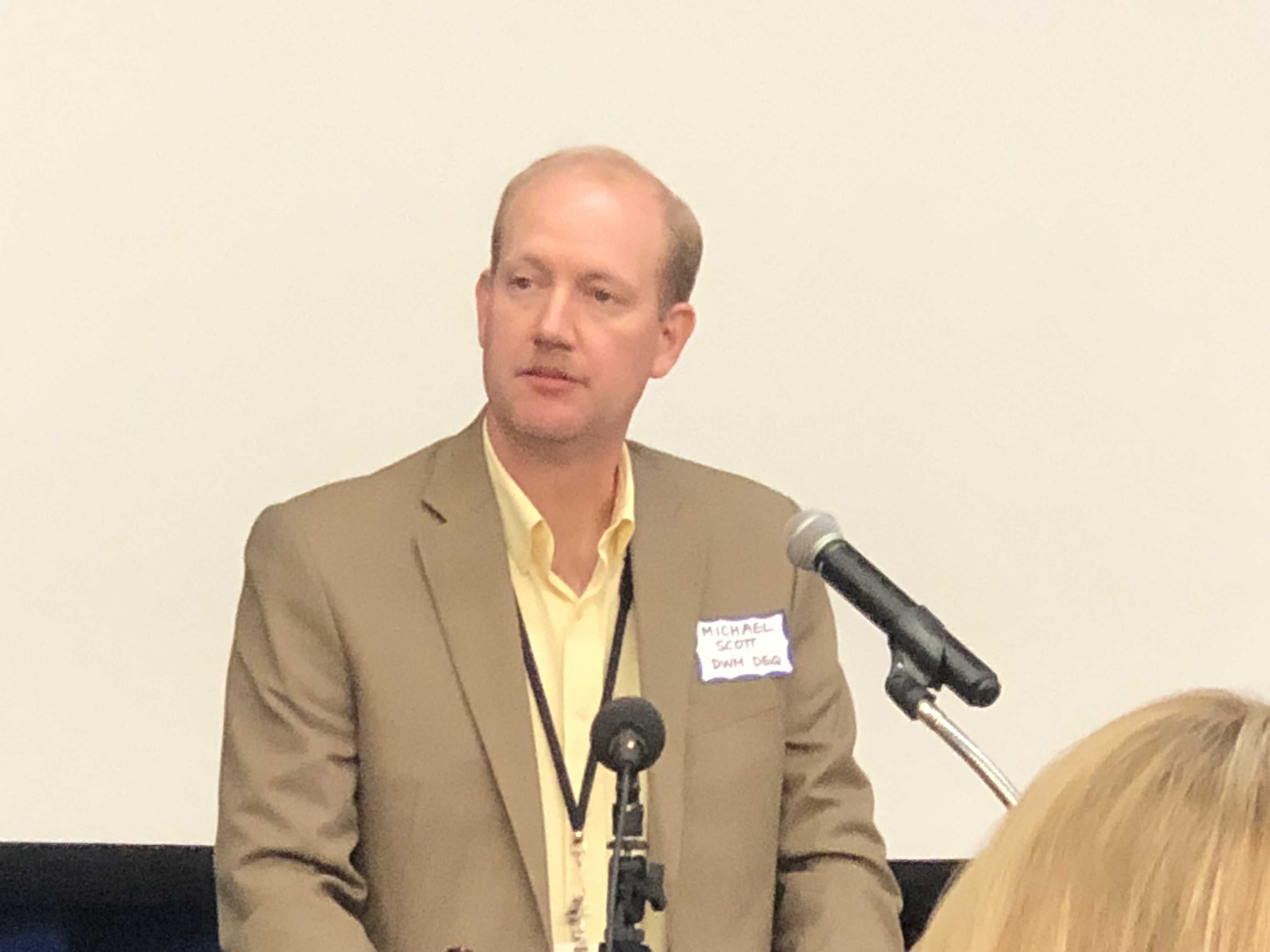 Residents gathered at Bladen Community College auditorium Thursday evening told state officials they have had enough during the fourth information session regarding Chemours and their discharging of GenX.

Hair said she lives across the road about one mile from the plant and she has concerns regarding the safety of the water. Hair said Chemours has not notified the residents of any spills or other incidents at the plant the entire time she has resided there.

“They need to talk to us,” said Hair.

Theresa and Steven Dion live on NC Highway 20 and are in the grid which is designated as being tested in Phase 4 of private well testing.

“We are both heart patients and we don’t know if it (GenX) will react with our medications. Nobody can give me any answers,” said Theresa Dion.

Steven Dion said they had been hearing about GenX but have no idea if their well is contaminated. The couple resides outside the initial one mile radius which was tested then officials showed up Wednesday night to test the their well.

There are also concerns about consuming wild game and fish in the area. Steven Dion said, “I harvested three deer this year. Are they safe to eat?”

He said, “The Commissioners met with Chemours officials for three hours recently. Everything at this point is in the hands of the state.”

Britt said he does “feel real good about the conversations” Commissioners have had with company officials.

Britt added, “We will do whatever it takes to get your water right.”

“We have been successful in getting Chemours to cut off the wastewater going into the streams,” said Culpepper.

Michael Scott with the Divison of waste Management said that to date, 505 private wells have been tested. Of those, 151 have shown GenX rates above the state’s threshold of 140 parts per trillion; 148 wells tested had no detection fo GenX and 206 wells had GenX levels below the 140 parts per trillion threshold.

Scott also assured the crowd the state is doing retesting on some of the wells tested by Chemours to verify results.

Another new development is the fact Chemours is testing a new carbon filtration on at least one home near the facility.

“Chemours is interested in looking at those filters as a way to get people off of bottled water as quickly as possible,” said Scott. He emphasized the state has not approved these types of filtration system and he added there is not enough data yet to make an informed decision regarding their use.

Currently those whose wells have tested at high concentrations of GenX in their wells are receiving bottled water from Chemours.

Scott also announced the state will begin working with the NC Division of Wildlife to begin sampling of fish tissue from a lake near the plant. Scott said there have been concerns expressed about bio-accumulation of GenX in animals. The testing is expected to begin in March, according to Scott.

Tags: Residents tell State they have had enough at GenX meeting