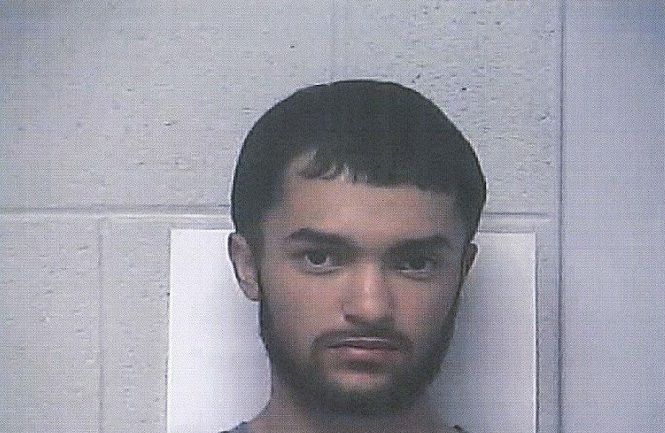 A Native American male entered the Fresh Foods IGA Grocery Store in Bladenboro around 11:03 a.m. on Friday November 17, assaulted a clerk and fled with a cash box from the store.

The suspect was seen getting into a small gray car and fleeing the scene. Bladen County 911 was contacted and the Bladenboro Police Department of the incident was notified as well as surrounding law enforcement agencies.

Additional law enforcement resources arrived and a manhunt was conducted. K9’s and a helicopter were called in to assist with the search. At least one school in the area was placed on lockdown as a precautionary measure. Shortly after 4:30 p.m. the second suspect was apprehended without incident about one-half mile from Antioch Grocery. The cash box and all but $20 dollars have been recovered.

The two suspects have been identified as Jordan Swett, 20, of Rowland,  and Leroy Hardin, 19, of Lumberton. Both are in the Bladen County Detention Center with secured bonds of $502,000 and $500,000 respectively.