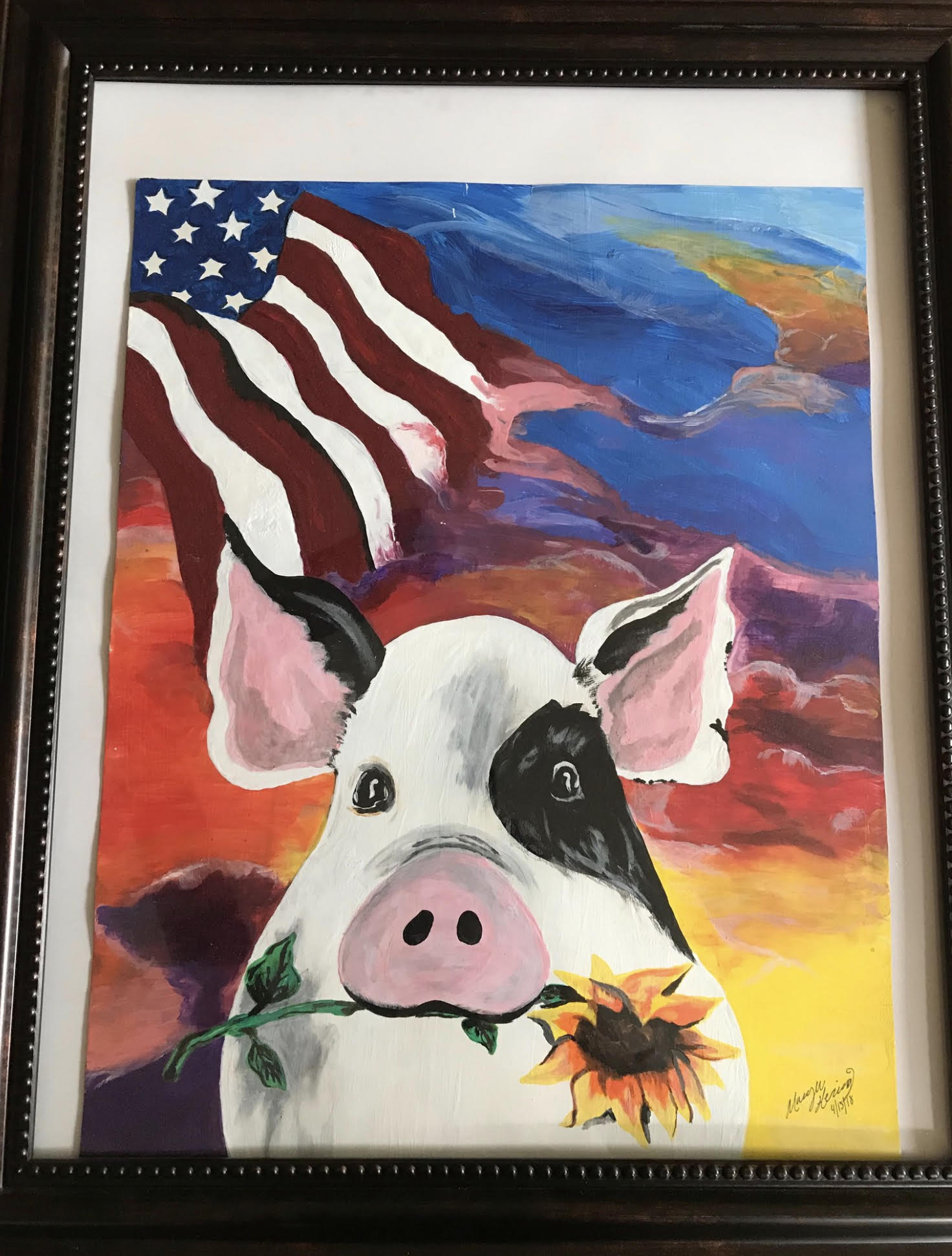 WASHINGTON, DC – Congressman David Rouzer (NC-07) today announced Hobbton High School student Maegan Hering as the winner of the 2019 7th Congressional District Art Competition. Hering’s piece, “Pig in Sunset”, will be displayed in the halls of the U.S. Capitol along with other winners from congressional districts across the country. Hering and a guest will be invited to attend a reception hosted in the U.S. Capitol recognizing her and other winners as their art is officially hung for display later this year.

“Congratulations to Hobbton’s Maegan Hering on her selection as this year’s winner of the competition,” said Congressman Rouzer. “Thousands of Americans from every corner of the country will view her work as they pass by it in the Capitol every day. It’s a true showcase of the outstanding, talented young people in North Carolina – and here in the 7th District in particular. I’m proud she’ll be representing us among this year’s winners.”