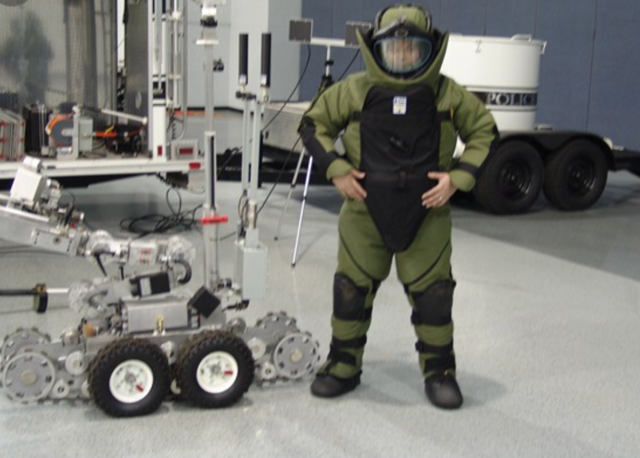 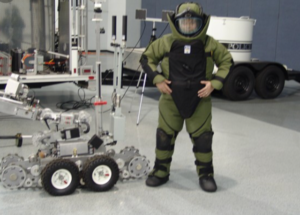 RALEIGH – A recent delivery of three new, light-weight robots for the state’s Bomb Squad arrived just in time for the Fourth of July, often a busy time for the State Bureau of Investigation’s bomb technicians.

With 64 calls since January, the members of the Bomb Squad welcome the new robots that weigh about 70 pounds, can go up and down stairs, have six cameras, can lift about 15 pounds and cut wires. They don’t need a big truck to be deployed, and they have the capability to remotely locate and neutralize Improvised Explosive Devices in confined spaces, such as aircraft, buses and trains.

“These new robots will be small enough to enter tight spaces where bomb technicians had to go before, and that was a very high-risk environment for them,” said Tim Luper, commander of SBI’s Bomb Squad. “Confined spaces magnify the effect of explosives.”

“The whole reason the bomb squad exists is for public safety,” said Tim Luper, commander of SBI’s Bomb Squad. “Bomb technicians carry out some very delicate work and often risk their lives performing their duties. These robots will thankfully keep our personnel safer as well.”

In 2016 agents responded to 125 calls for service. Some of those calls were regarding explosives such as dynamite that was legally purchased at the time but stored incorrectly or was deteriorating.

“Others make explosive devices for criminal reasons,” Luper said. He recalled a case in 2013 when 10 IEDS in a suitcase exploded when opened and damaged a robot, which otherwise possibly saved the life of a bomb technician.

The three robots were purchased through a $153,000 grant with the Governor’s Crime Commission and delivered to the Bomb Squad on June 27.