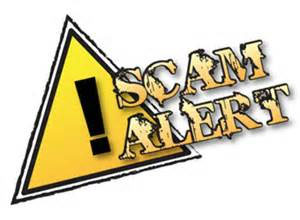 Criminals were calling citizens claiming to be from the United States Marshal’s Office. The caller would threaten to arrest the individual for failure to appear for jury duty if they did not pay a fine.

“They told me if I didn’t pay a fine, I would be arrested,” Knight reported, “I found out this is a scam, and I would like others to know about it, so they do not fall for it.”

The aggressive caller did not persuade Mrs. Knight with their lies, but they continued to call local phone numbers. The Bladen County Sheriff’s Office confirmed they had received several reports about these scammers making phone calls this morning.

A note to remember from the past is that scammers have even used local elected judges’ names to convince their victims that the scam is real. When you doubt a phone call is legitimate, learn from Mrs. Knight’s example, call the officials and warn others.

Bladen County Sheriff Jim McVicker wants to remind the public that the justice system does not send out US Marshals for criminal arrests for failure to appear for jury duty.

If you or someone you know receives a call with threats of arrest for failure to appear for jury duty, please contact the Bladen County Sheriff’s Office at 910-862-6960.