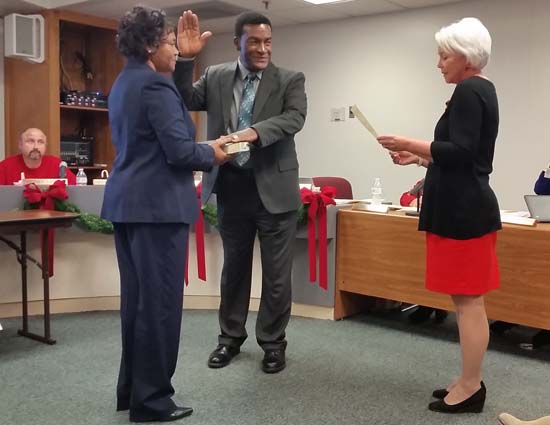 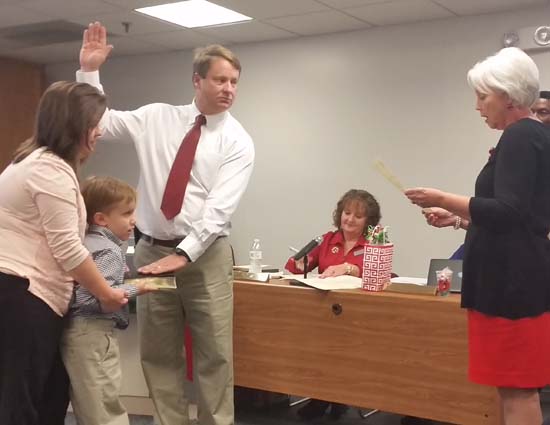 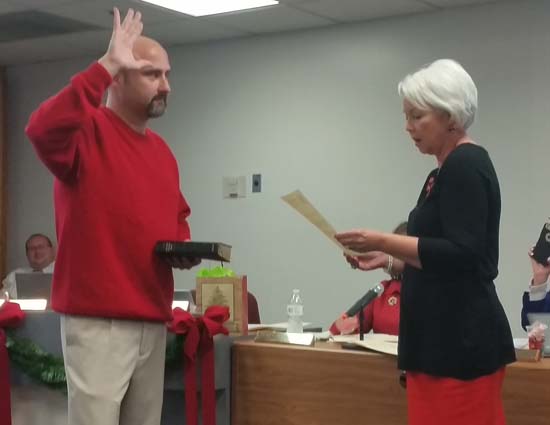 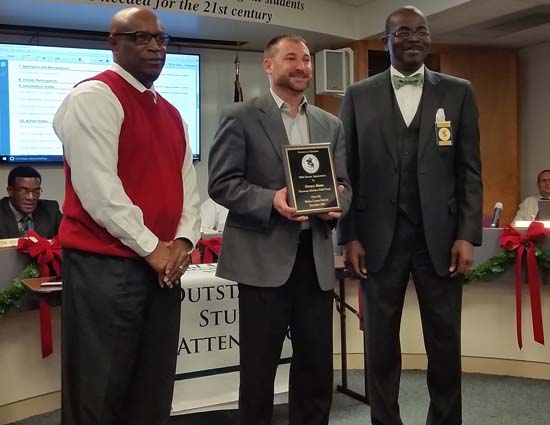 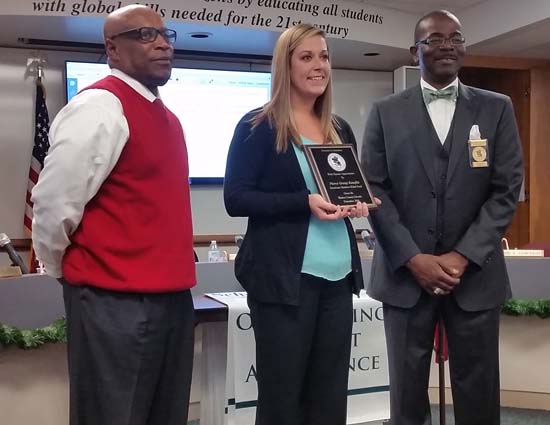 The Bladen County Board of Education met Monday for their monthly session where Nikki Dennis, Clerk of Superior Court, swore in the new members to the board. Chris Clark, Berry Lewis, and Glenn McKoy were all sworn in, and the board voted that Vinston Rozier serve as their Chair and Roger Carroll as their Vice Chair.

Three organizations were recognized as Partners in Education. Schultz Ellis Chiropractic Center was recognized for holding their annual Toy Drive that helps benefit Bladen families during the holidays. They have consistently held the drive for around 20 years. Additionally, both Horace Mann Insurance and Pearce Group Benefits were recognized for providing financial assistance to relief efforts following Hurricane Matthew.

Valerie Newton, Public Information Officer, informed the board of a report that she will be presenting monthly that gives links to articles via various news sources about positive things happening in Bladen County’s schools. Newton’s report for the current month outlined 45 different mentions – not including sports related articles.

A financial summary for information purposes only was presented by Sharon Penny, Finance Director. Vinston Rozier, Board Member, briefly discussed plans to hopefully give the gym behind the old Bladen Central building to the Youth Focus Group who can hopefully repair it.  Dr. Robert Taylor, Superintendent, spoke of priorities that he would like the board to address by the January meeting and the next General Assembly concerning the Sandhills RESA Oyster Roast, addressing districting concerns that could possibly pit wealthier districts against poorer ones, and class size legislation in K-3 grades.

Virtual Science classes and classes offered through the Virtual Public School were discussed. Roger Carroll, Board Member, wanted clarification that the virtual classes would be offered to all students – not just ones that had previously failed. Taylor and Tanya Head, Assistant Superintendent, didn’t give a concrete yes or no to Carroll’s question but explained that funding that was allotted to fund the classes could possibly lessen funding for teacher positions in other areas, but that they want all interested students to be given the opportunity. Wendy Bowen, a parent of an eighth grader at Clarkton School of Discovery, spoke up saying that she had been told that the classes could be offered through a teacher at Clarkton without affecting these funds and that the class had been shut down by the board. Both Taylor and Head denied this saying that Clarkton had never made a formal requests as, if they had, it would have been approved. Since enrollment requests for the program ends January 23rd (after the board’s next meeting date), the board postponed voting on the issue until they know more of which students were interested. Following this discussion, the board went into closed session to discuss legal issues and personnel.

Upon reconvening into open session, the board approved a personnel list and briefly discussed the Career and Technical Education Program with Willa Dean Williams, CTE Director. Taylor told the board that the Legislature has officially forgiven two days for both teachers and students due to Hurricane Matthew, and three board members are going to attend the National School Board Conference in Colorado soon.