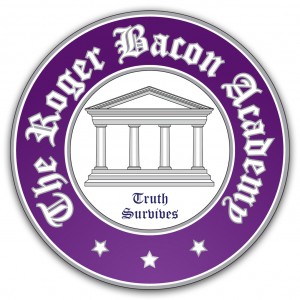 Wilmington – Our school community is sad to report the sudden death of philanthropist and friend of Charter Day School and The Roger Bacon Academy Mr. Erik Brockdorff.

In the early 2000s, Mr. Brockdorff was retired and living in Wilmington when he became acquainted with our Founder, Baker Mitchell. Eager to help the charter schools, he was always willing to pitch in with his mechanical talents and skills in operating machinery. He spent numerous weekends in site preparation work at the budding Whiteville and Leland campuses. When Mr. Mitchell wanted to establish an archery team at the Leland campus in 2009, Mr. Brockdorff volunteered to buy the necessary equipment to start the first team of fourteen archers. Thanks to his generous donation, the school obtained a complete set of archery equipment for the team. The equipment included fourteen of the latest compound bows, 1,800 aluminum
arrows, six competition targets, a Kevlar backstop curtain, bow racks, manuals, and all other items needed for the team. “Some of the best moments with my children and grandchildren have been when we were engaged in target shooting sports, whether skeet, riflery, or archery. So I am glad to be able to help Charter Day School introduce archery to its students,” said donor Brockdorff.

Founder Mitchell has enjoyed archery since he learned the sport when working in Charlotte in 1961. “I wanted to have archery as part of our PE program and am extremely grateful for the excellent donated equipment,” Mitchell said. The next year, the team earned second place in North Carolina middle school archery competition and went on to the national competition in Louisville, KY. With over 3,700 other teams in the competition, the CDS team finished 66th in the nation.

Since 2010, the CDS and CCS archery teams have consistently won both team and individual championships at the state and national level with many hundreds of students enjoying the sport and learning that discipline and practice bring excellence as well as true enjoyment. His spirit will live on in the girls and boys who are benefiting from his concern and generosity.