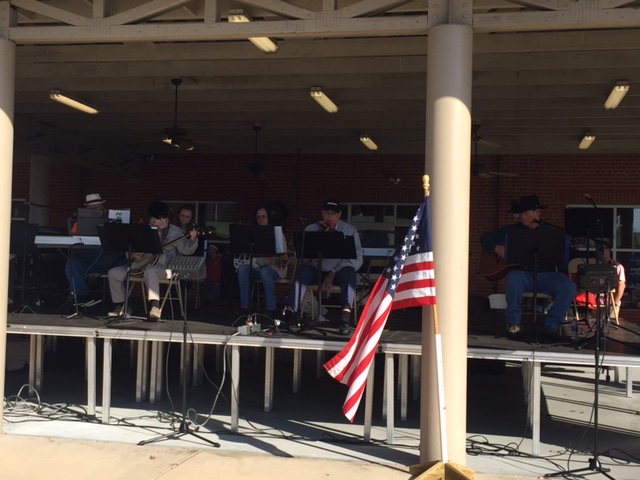 The second annual Pork and Beats Festival will take place on Saturday at the Cape Fear Farmers Market in Elizabethtown. The weather is forecast to be warm and sunny.

Opening ceremonies will begin at 10 a.m. Saturday.  Mike Shaw, one of the many organizers for the event, said this year’s festival will have plenty of fun for the whole family.

The festival will kick things off with a barbecue cooking contest on Friday night. Shaw said last year there were four entries in the contest and this year, eight cookers have signed up. The barbecue will be offered for sale on Saturday during the event.

New items this year will include the addition of bounce houses for the children. Shaw said the festival did not offer those last year and it was decided they would be a welcome addition.

There will be arts and crafts vendors offering all manner of items including clothing, decorations, jewelry and baked goods. Classic cars will be displayed on King Street and a skateboard competition will be held at the skate ramp on King Street beside the gym.

Shaw said live entertainment will be provided throughout the day by Neil Smith and Crosstalk and the Baldwin Branch Male Chorus. Bladen County favorite, Blackwater Rhythm and Blues will take to the stage later in the afternoon.

Shaw said the idea for Pork and Beats came about after he and his son, Richard “Sling” Shaw, attended the BeastFest in Bladenboro one year.

“I told him we need to have something like this in Elizabethtown,” said Shaw.

He said they began to think of what type of festival to offer. Shaw said he thought it ought to be associated with hogs since they are such a big part of the agricultural life of the county.

Shaw said they began to think and plan and started talking with different people. Soon, a group of residents began meeting on a regular basis and the first Pork and Beats Festival was held in November 2017.

Shaw said he wanted to thank the town of Elizabethtown, the Commissioners and Town Manager Eddie Madden for their support of the festival.