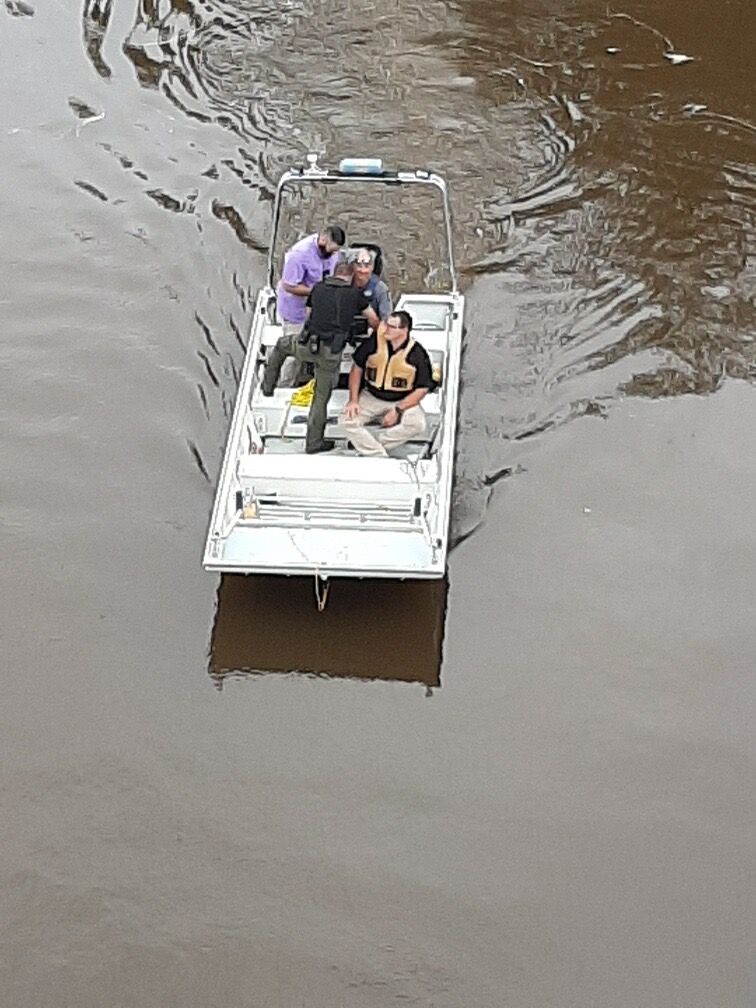 On Saturday morning, August 22, search crews located a body in the Cape Fear River near the Riegelwood Golf Course in Columbus County. Rescue crews recovered the body, and the crime scene was processed by the Bladen and Columbus County Sheriff’s Offices. On Monday, August 24, an autopsy was conducted at the Office of the Chief Medical Examiner in Raleigh on the body recovered from the Cape Fear River on Saturday by authorities.

During the autopsy, the body was positively identified as 54-year-old Kenneth Ross Covell, of 203 Pekoe Avenue, Durham, North Carolina.

The United States Marshal’s Service assisted with the arrest of the suspect in Raleigh on Tuesday night, and Goins was returned to the Bladen County Detention Center.

Goins is charged with killing Kenneth Ross Covell during an altercation that occurred during the early morning hours of Tuesday, August 18, in the East Arcadia area of Bladen County.

“We appreciate the assistance of the public and all the agencies that helped us in solving this case,” said Sheriff Jim McVicker.
“Without their help, this case would have been difficult to solve”.

On August 28, 2020, 60-year-old Allen Lavander Alston, of 4538 NC 87 East, Riegelwood, was charged with Accessory After the Fact in the murder investigation of Kenneth Ross Covill. Alston was placed in the Bladen County Jail under a $75,000 secured bond. Alston is accused of helping dispose of the body after the murder.

All suspects are presumed innocent until found guilty in a court of law.

Tags: Second Arrest Made in Connection to Body Found in the Cape Fear River