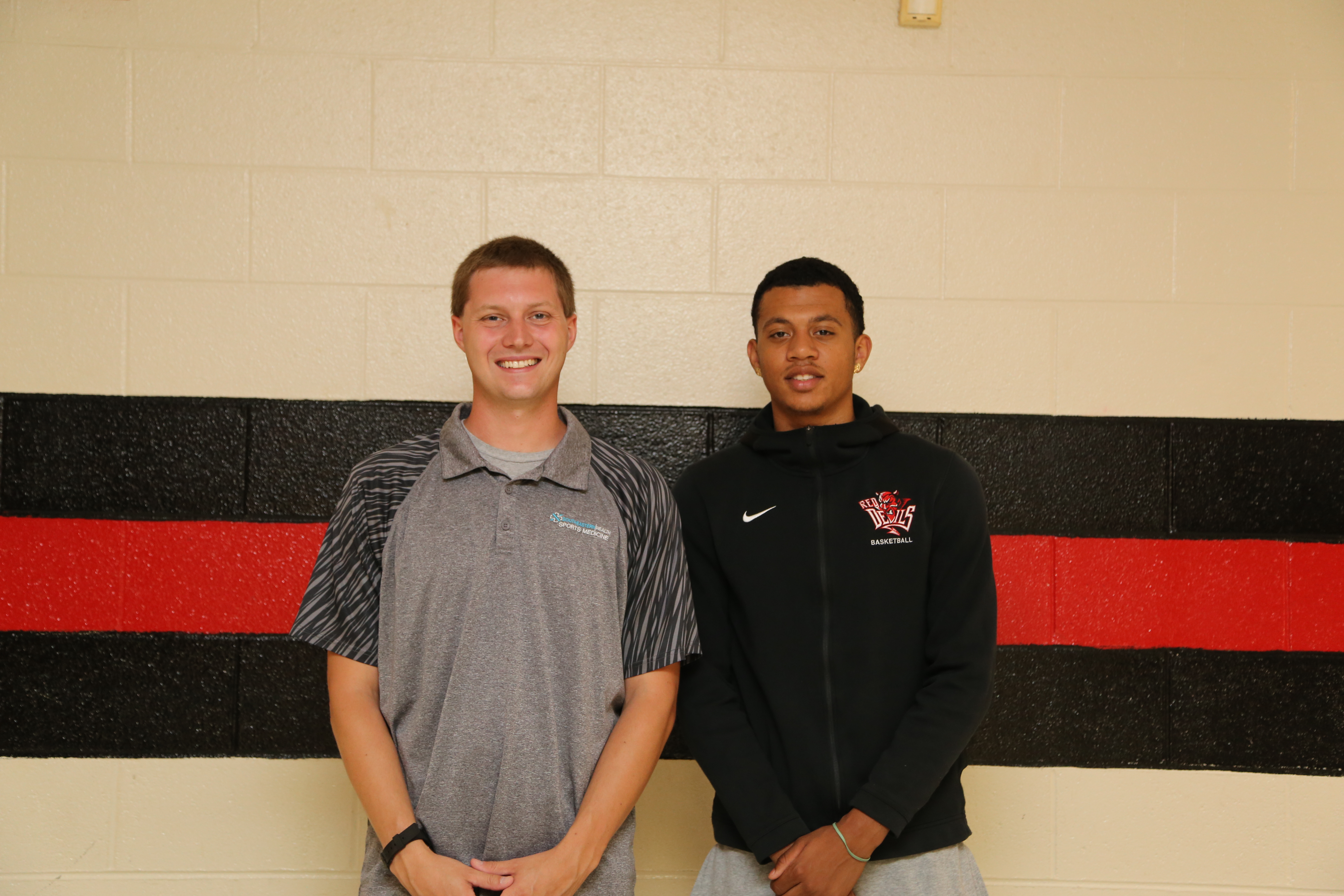 The award is designed as a special recognition from the NCHSAA at their annual meeting, which was held this year on May 2, for service to a member school, student-athlete, coach or a fan by a health care provider during a critical time of need at an NCHSAA event. This citation is made to recognize excellence in the field of emergency or sports medicine during the most crucial moments of an emergency.

Chapman, who joined Southeastern Health’s Sports Medicine Program in December of 2017, received the award for his heroic efforts in caring for a student-athlete, Keagan Brayboy, during a medical emergency on Nov. 5, 2018.

Brayboy, who is a senior wide receiver, was in the last minute of the fourth quarter of a 7-7 tied football game between Red Springs and St. Pauls when the incident began.

“As we are finishing up the third down, with 17 seconds on the game clock, my UNCP Athletic Training Student Brittany Harris and I noticed Keagan being helped to the sideline by a teammate,” Chapman said. “We got to his side and I asked him what was going on, and where he was having pain. Keagan was unable to give a response and was breathing deeply and rapidly, holding his upper left abdominal region. I try to calm him down and get him to relax his breathing, but he was unable, and I realized he was progressively getting worse. I told my student to remain by his side and continue to talk to him, while I called over Dr. Brandon Wei, who was on our sideline for every home game.”

The team activated their emergency action plan, telling an administrator to call 911 and request an ambulance. St. Paul’s athletic trainer, Naomi Chang, also came over to assist, bringing an AED.

“At first, I felt like the wind had been knocked out of me,” Brayboy said as he recounted the incident later. “But I started blinking, and every time I’d blink I’d be in a different spot, and then I was on the ground. I was scared to death.”

As Brayboy’s breathing worsened from irregular and stopping several times, he lost consciousness.

“We realized Keagan’s condition was deteriorating quickly, and we were dealing with an imminently serious situation,” Chapman said. “During one episode, Dr. Wei was unable to get Keagan to respond, and we couldn’t feel his pulse. Dr. Wei immediately started CPR, and the AED pads were put on in preparation for a defibrillation shock. But after 15-20 seconds of CPR, Keagan regained consciousness and regained breathing.”

The team cared for Brayboy for about 20 minutes until the ambulance arrived, when the paramedics took over and transported him to the Southeastern Regional Medical Center. At the hospital, Brayboy’s condition improved, and by the end of the night, he was awake and alert talking to his mother. After several tests and CT imaging, it was concluded that he had experienced a severe vasovagal episode after receiving a blow to the upper left abdominal region.

“In the following months, after a thorough medical review by both cardiology and neurology specialists, Keagan was able to return to sports and went on to be star player on the varsity basketball team,” Chapman said. “The successful management of this situation was a result of a combination of competent health professionals and a well-integrated medical team from Southeastern Health that was on-site. I was grateful to have Dr. Brandon Wei, Naomi Chang, and Brittany Harris on the sideline with me that night, and very grateful for such a positive outcome at the end of it all.”

NCHSAA Commissioner Que Tucker stated, “We applaud the efforts of all of our first responders, athletic trainers and medical personnel for the job they do day in and day out to care for our student-athletes, particularly in the critical moments of an emergency. Chris Chapman and his team are to be commended for their preparedness, their swift and decisive action, as well as their skill and care to make sure that Keagan Brayboy received the highest quality medical assistance possible at the most critical time. For their exceptional efforts, we say ‘Job very well done.’”

The Public Schools of Robeson County’s athletic training program is provided by Southeastern Health and are employees working in the schools.