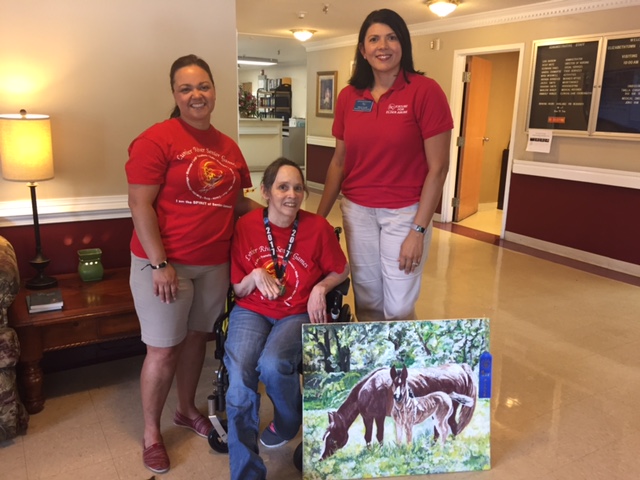 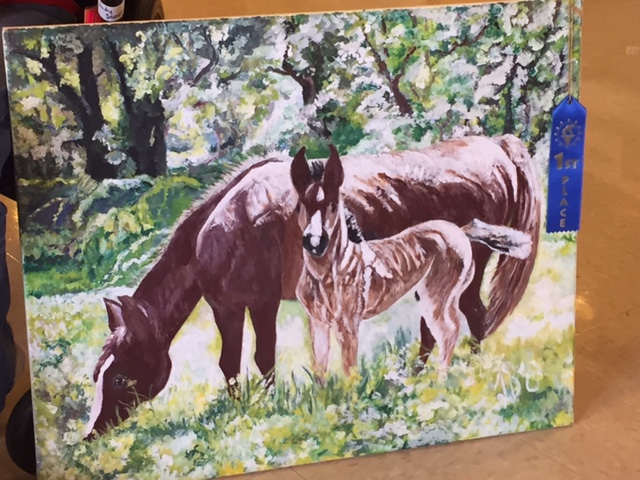 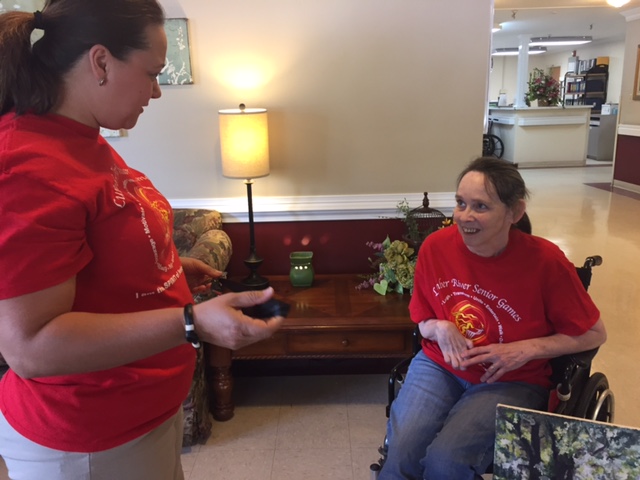 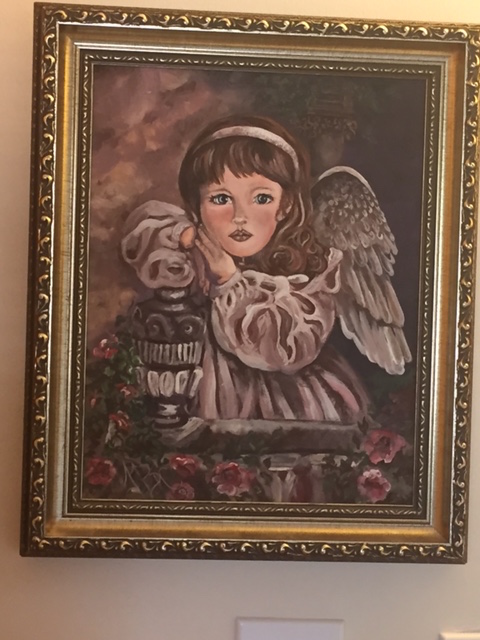 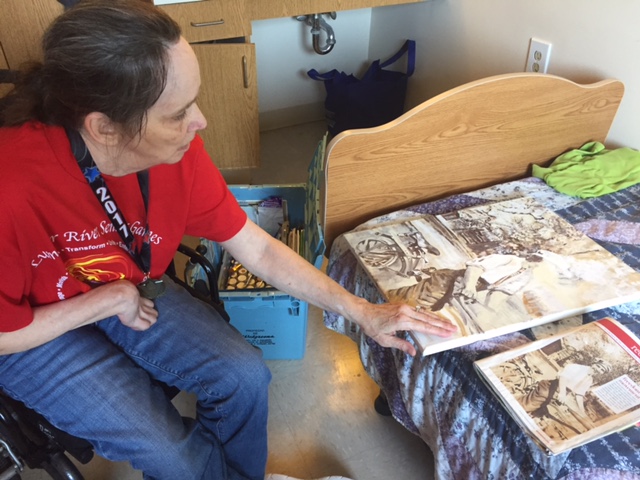 One resident of the Elizabethtown Nursing Center was all smiles on Friday afternoon. Judy Scott placed first in the Silver Arts category in the Lumber River Regional Senior Games which were held recently. Her first place win allows her to compete in the State Senior Games to be held in Raleigh September 16 through the 25th.

On Friday, Twilla Allen with the Lumber River Council of Government accompanied Ursula Selles, the Coordinator of the Lumber River Regional Senior Games, to present Ms. Scott with her medal.

“I’m excited,” said Ms. Scott about learning her acrylic painting of two horses in a field had won first place in the Senior Games. She received a blue ribbon and a medal for her work.

Ms. Scott also showed two more of her paintings to Ms. Allen and Ms. Selles. One painting is of an Angel she has framed and hanging on a wall and another is a picture in a magazine she is still working to complete.

The Lumber River Regional Senior Games consists of 27 events. Some of those events include track and field, bowling, golf, horse shoes, corn hole, billiards, shuffle board and table tennis. There is also a category called the Silver Arts which consists of heritage arts such as crocheting, pottery, and woodcarving and Literary Arts such as essays, poetry, and short stories. There is also a category for Performing Arts such as dramas and then there is the category for visual arts which Ms. Scott entered which includes drawing, painting, sculptures and photography.