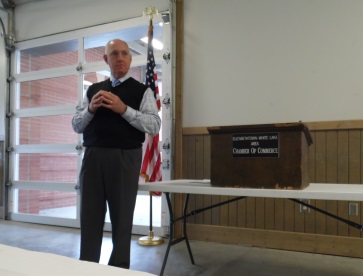 Sheriff James A. McVicker announced the arrest today of William Bryan Clark, 35, of 305 Glenwood Drive, Elizabethtown, on charges of Disseminating Obscenity to a Minor, Soliciting a Child By Computer and Indecent Liberties with a Child. Clark was placed under a $1 million secured bond pending a first appearance hearing Wednesday.

“My deputies began investigating this case in early June and were able to obtain enough evidence to satisfy the elements of these crimes and make an arrest today,” said McVicker. “This individual was previously arrested in April of this year by the North Carolina State Bureau of Investigation on a charge of Indecent Liberties With a Minor. The circumstances of the first arrest and our investigation involved the use of Facebook, Instagram and other electronic accounts. Clark was out of jail on bond pending trial when this most recent incident came to light.”

Sheriff McVicker used this case as an example of the need for parents to monitor their children’s electronic media accounts to include Facebook, Instagram, Snap Chat and others. “A parent found this activity on their child’s account and came forward with their concerns. I would urge all parents to be vigilant when it comes to monitoring your children’s access to the internet. There are predators out there and parents have to look closely at “friends”. Many times these predators will create totally false identities to lure their prey.”