Smith will not take the stand in own defense 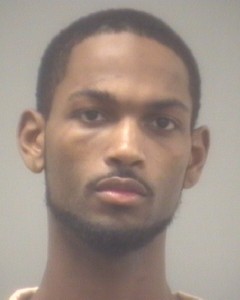 The Raleigh murder trial of Travion Devonte Smith appears to be coming to a close. On Friday, Smith chose not to take the stand in his own defense and the defense did not present any evidence nor call any witnesses to the stand. The prosecution rested its case on Friday morning.

Smith is one of three defendants charged in the murder of former Bladen County resident Melissa Huggins-Jones.

Scott said that it would have taken from several minutes up to one hour for her die. Scott also testified that Huggins-Jones would have been aware she was dying.

Earlier testimony showed that Smith and codefendants Sarah Redden and Ronald Anthony Jr. were breaking into unlocked cars on the evening of the murder. Redden testified that Smith and Anthony climbed onto a second floor balcony and entered Huggins-Jones’ apartment by way of a sliding glass door.

Redden testified that during the evening’s crime spree she acted as a look out while Smith and Anthony Jr. stole items from the cars.

Raleigh Police Department Investigator Eric Gibney testified earlier that Smith denied being inside Huggins-Jones’ apartment but he did admit to hearing her scream.

After the defense rested on Friday, Smith’s attorneys filed a motion to dismiss the charges against him which was denied.

The jury will be given two first-degree murder options. The first is first degree murder with malice aforethought and the second is felony murder. They will also be allowed to consider second-degree murder.