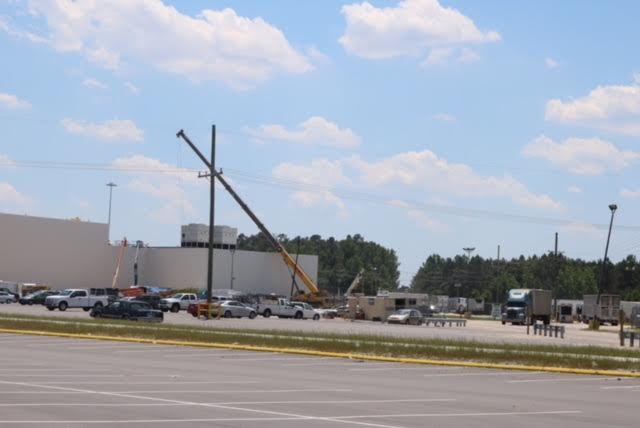 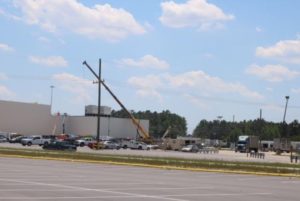 Smithfield Foods is investing in Bladen County with a $115 million expansion. Part of that expansion will see the NC Department of Transportation (NC DOT) assist the company with improving truck access to the facility.

Currently, all of the trucks transporting live hogs, the truck transporting the finished product and the employees are all  attempting to utilize one entrance. The new plan calls for three entrances at the plant. Heustess said on the east side of the plant, a new entrance will be created which will accept trucks with live hogs. The employees will continue to utilize the current entrance, and on the west side of the facility a new entrain will be constructed for the trucks transporting the finished products.

“It’s going to improve traffic there a lot,” said Heustess.

He said NC DOT is planning to make improvements to NC 87 and has plans to add a third lane at the plant. NC DOT awarded a contract of $1.1 million to Barnhill Construction Company of Rocky Mount, N.C. According to NC DOT, they will be adding lanes in both directions that will allow tractor-trailers to accelerate before merging into highway traffic, or to let the big rigs decelerate out of the travel lanes before turning into the plant.

“It will make the traffic flow on and off the site much more efficient and safer,” said Heustess.

He added the expansion will make the Smithfield Foods plant at Tar Heel the primary distribution hub for the southeastern United States when it is complete.