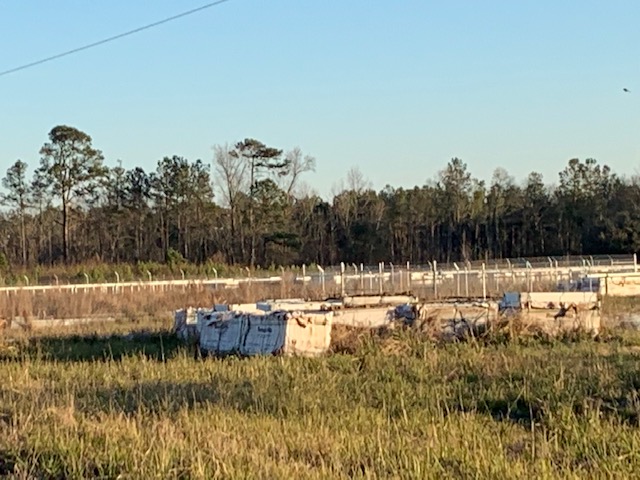 Solar energy is a source of “clean” renewable energy that takes little to produce but requires a lot of the land and landowners. As you drive down many North Carolina backroads, including in Bladen County, you will likely see an array of solar panels that have been set up to harness the sun’s energy. If you’re wondering how solar panels work, that energy is converted to electricity to power homes and businesses.

Bladen County Planning Director Greg Elkins said most contracts with solar energy companies offer the landowner a 20 to 25 year lease. He said after the expiration of the original lease, there is usually a provision to renew the agreement for another specified period of time.

Elkins said once an array of solar panels reaches the age of 25 years old, it is not necessarily the end of that solar farm.

“Since all of the infrastructure is already in place, the company can simply go in and replace the panels and they are good to operate for another 25 years,” said Elkins.

However, if a company decides to decommission its solar farm, Elkins said that is usually done per an agreement with the landowner. He said the county has no provisions in its ordinances regarding the decommissioning of solar farms. Elkins said the agreement between the energy company and the landowner will usually specify exactly how the panels are to be removed and disposed of and what will become of the land afterwards. 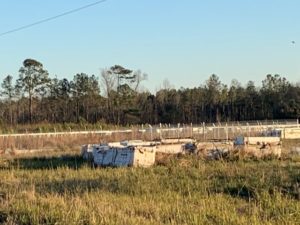 In Bladen County, work on at least one solar farm located on White Plains Church Road, has seemed to come to a complete stop. When asked about the work stoppage, Elkins said, “The landowner was told the contract was sold to another solar company and work should resume soon.”

“We haven’t had a solar farm application in a year. It was a hot topic for awhile,” said Elkins.

He explained that many of the projects that were issued special use permits, have never materialized and no work construction permits have been requested.

“They would come in and go through the zoning process and once they went through the special use permit process, many were not built,” said Elkins.

He said many solar farms were not built because of the location of the land. Elkins said that in order to operate a solar farm, there must be access to three-phase power and the solar farm must be located within one mile of a power substation. He said some of the proposed sites did not meet all of those criteria, thereby making them unsuitable for a solar farm.

Another reason the construction of solar farms has slowed is the expiration of tax credits. Elkins explained that the State of North Carolina once offered incentives for companies who were willing to construct solar farms.

Elkins stated that many companies were simply attempting to get the necessary permits in place before the incentives for solar energy expired in North Carolina. The Renewable Energy Tax Credit expired in North Carolina on December 31, 2015. According to the Carolina Journal, the program, though officially expired, is still paying out millions of dollars to investors for projects that were in the works prior to the expiration of the incentives.

The Renewable Energy Tax Credit offered tax credits up to 35 percent of the dollar amount companies invested, according to the Carolina Journal. The continuation of payouts for the tax credits was made possible thanks in part to extensions passed by the NC General Assembly in 2016 and a provision added in the 2017-18 state budget.

Elkins said many of the proposed projects that have yet to be constructed are Duke Energy projects.

The solar farm which is under construction on White Plains Church Road is a project by Pristine Sun of California. BladenOnline.com has learned that Pristine Sun has been involved in litigation in California. In a 2016 court ruling, Pristine Sun was ordered to pay Progressive Power Group, Inc’s pension fund $2.2 million to settle litigation.

Also in May 2016, Pristine Sun announced a settlement of litigation with Renesola, a solar panel manufactured which was based in China, which resulted in the sale of 88 projects to Renesola and the company announced it would receive $24 million from the sales. The same year, the company also sold six solar projects to Metropolis Capital.

When asked about possible hazards, Elkins said solar panels are safe for disposal in landfills. A website called energysage.com discusses recycling of solar panels once they have reached the end of the life cycle. The website states that recycling is less expensive than burial in a landfill and is more environmentally friendly. Components that make up the solar cells can be recycled and used to make new consumer products.